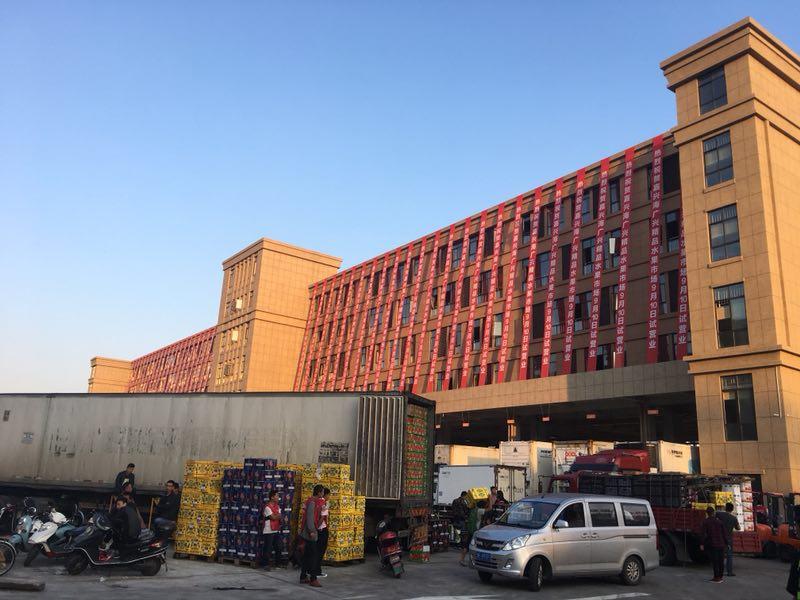 Opened in June 2018, the Haiguangxing Premium Fruit Market recorded sales volumes in 2019 of 3 million tons worth US$4.25 billion in its first year of operations, making it China’s third import market. Turnover for 2019 is estimated to reach US$5.7 billion. With its convenient location, the market serves six provinces. Located close to Shanghai, Jiaxing is in the centre of the highway network of the Yangtze Delta which has become a hub for domestic fruits in eastern China. Three industry leaders, Xu Zheng from Shanghai, Zheng Nanshen from Guangzhou, and You Zhijiang from Jiaxing, shared a common ambition to build a new market for premium fruits in Jiaxing for one-stop procurement of both domestic and imported fruits. Zu Zheng said,

“Irregularity, the non-replicability of business models, and limited talent pools are three big challenges facing the fruit industry. My aim for the next few years is to build the largest imported fruit distribution centre in eastern China and increase the Western import trading ratio by 20%.”

The five-year target is to make the market a $10 billion fruit distribution centre.  Unlike the mature Huizhan Market in Shanghai, 80% of the products sold at the Haiguangxing fruit market are from Southeast Asia or China, with 20% consisting of Western fruits.

China is looking for more innovative branding strategies, such as greater interactivity and differentiation between products. The major sales revenue remains offline at stores such as 30+, Shouyang Fruit and Hualian supermarkets.