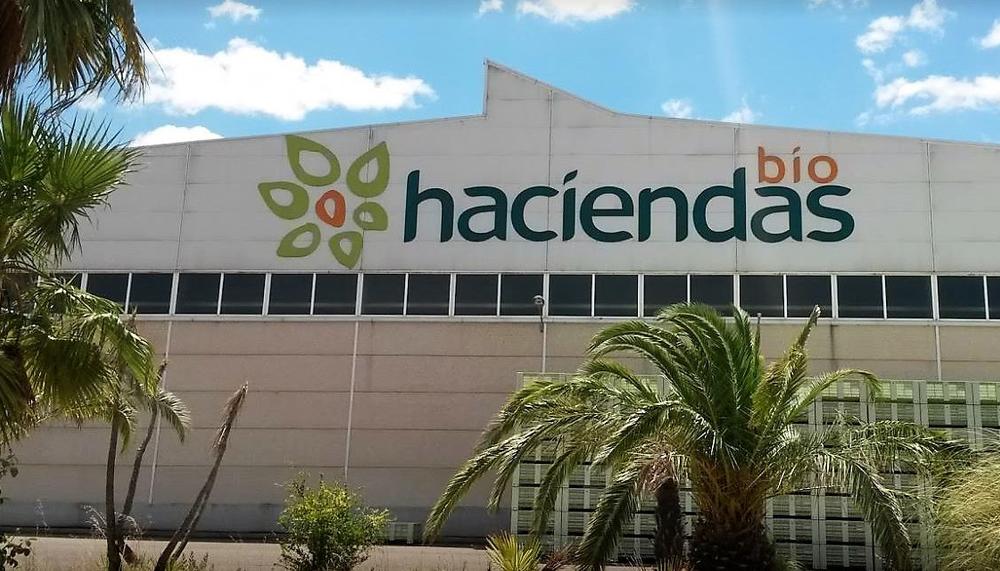 • Spain’s first organic & biodynamic fruit and vegetable producer will export 60% of its organic stonefruit to the German country
• Stone fruit will grow 20% in volume this year.
• HaciendasBio is the only European company with its own production of bio stone fruit for 20 consecutive weeks
• The company will show on both fruit and vegetable fairs its ARRA table grape, being the only producer that grows this seedless variety in Spain

HaciendasBio, Spain’s first organic & biodynamic fruit and vegetable producer and leader in export to Europe, mainly destined its production to Germany. In 2020 the company plans to export 60% of its organic stonefruit to the German country – nectarine, peach, paraguayan, cherry and plum – This offer stands out for being of high quality and for presenting large calibres and greater brix compared to the rest of the offer in the lineal. All this thanks to years of research of new varieties, to the biodynamic agriculture and to the strategic location of the 34 farms that the company has spread throughout the Spanish territory. The stone fruit season is one of the main campaigns of the producer, this year oresees to increase 20% in production compared to 2019, the company estimate a production of 9.000 tons. HaciendasBio is the only European company with its own production of bio stone fruit for 20 consecutive weeks.

The company shows this month in Germany the multiple efforts it is making to make its organic fruit and vegetables the first to be available on the supermarket shelf at times when other European countries are not even in production.

HaciendasBio will participate for the fourth year runningenin the two unavoidable European events for the sector: Fruit Logística 2020, international fair of the fruit and vegetable sector to be held in Berlin from 5th to 7th February, and in Biofach, world leading organic products fair, to be held in Nuremberg from 12th to 15th February. “Both Fruit Logística and Biofach are two key meeting points to strengthen our leadership in Germany, our know how to extend the crops, and our complete portfolio with more than 65 references. The German country is a strategic territory for the company, since it is the main ecological consumer in Europe, it is there where we mainly dedicate our production.” says Paco Casallo, CEO  of HaciendasBio.

One of the latest updates that the company will present in both trade fairs respect the Stone fruit is the cherry, HaciendasBio is the only producer that has an innovative machinery of last generation that classifies the product and ensures its quality.

Wide offer for the German market

HaciendasBio not only seeks to extend the usual seasons of stone fruit, It also struggles to extend in harmony with the environment the harvest of all its products Accordingly, the company will maximize in Fruit Logistica and Biofach the ARRA table grappe, being the only company that produces this organic variety without seeds in Spain and that makes it available to the consumer from the beginning of July until the middle of November. Throughout 2020.

The producer plans to increase its production by 40% compared to the previous season, with a forecast of 2,500 tons. Along the same lines, the company Will show the fig. This year HaciendasBio hopes to double the production of this  fruit amounting to 7.200 tonnes. Also, pomegranate, persimmon and leafy vegetables (lettuce, celery, leek, cabbage, cauliflower or broccoli) will continue to drive strongly in German territory.

Finally, Fruit Logística and Biofach will also serve to value one of its recently incorporated farms, la Falamosa, located in Seville, which started its production in 2018 This farm is notable for being able to prolong crops thanks to its location and climate, humid climate, with high minimum temperatures and for presenting little pronounced changes between morning and night, favoring the precocity of production.