Add
The famed saffron variety of mangoes of India’s Gujarat State is being affected by an unknown disease that is causing mangoes to fall from trees in several orchards.
Wed 24/02/2021 by Richard Wilkinson 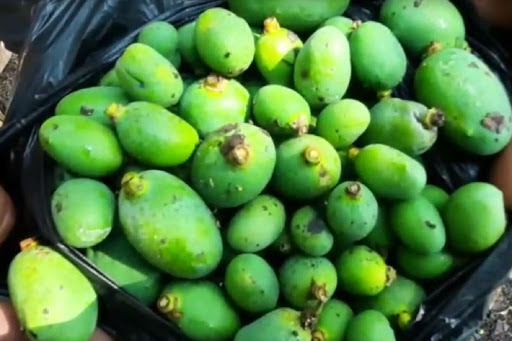 Hopes were high for a good crop after orchards entered into full bloom this season, despite unseasonal rains. That was until crops were infected with a white fungus in Gir and surrounding areas. According to one horticulture official, spraying can eradicate the white fungus but it was not enough to save much of this year’s crop.

“We have been preserving the saffron orchard for years. In the last 15 to 20 years, this year has been the worst. The saffron husk does not rest on the tree for a longer time and falls down very easily. The situation is serious as the production of raw mangoes is declining.”

“Due to the disease, around 50 per cent of the crop has gone. The conditions of farmers is bad. Mangos are being infected with four or five diseases simultaneously.”

Chemicals are also being used, but no satisfactory results yet been achieve and the prices of mangoes are certain to rise.