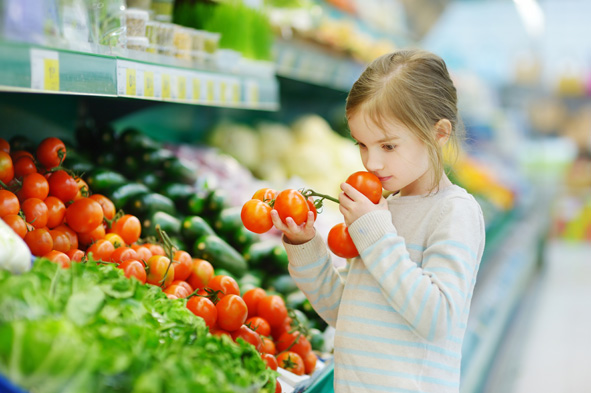 Calculated over 52 weeks, the growth was 2.5%. The figures include all the major Dutch supermarkets with the exception of Aldi and Lidl, who do not make this information available.

Not all segments are growing at the same pace, though. One segment that clearly stands out is fresh produce, with a 7.6% increase in sales over 2015. The total sales for this segment amount to some €4 billion.

IRI attributes the increase to the consumer, who is clearly more conscious of healthy eating. This growth is also driven by a focus on origin and on traditional production as well as by attention to healthy snacking. The latter translates into increased sales of snack tomatoes, for example.

Organic is the largest group of sustainable products, accounting for 28% of sales within this category. IRI reports growth for all products with a sustainability label.

Fresh produce accounts for 23% of that figure. ABN AMRO observes that food is becoming increasingly important as a part of one’s lifestyle and sees this as a positive development for the future of organic food. It leads the Dutch bank to expect an average annual growth of 7% in the coming 5 years, leading to total expected spending on organic food of €1.5 billion in 2020.

The current 3% market share of organic food is expected to rise to 5% in 2020. Not only are the prospects in the Netherlands favourable but the global turnover is expected to double by 2020 (source Bionext Trendreport Organic) to US$ 160 billion, offering huge potential for businesses in the organic chain. In Europe the organic food market is worth about €22 billion.

Although many think that fresh produce is not the consumer’s category of choice for online purchases, market researcher IRI Netherlands proves them wrong. Fresh fruit appears to be the biggest category in online supermarket sales even though it ranks 5th in offline sales. The data stem from IRI’s newly launched e-commerce read tool, which collects sales data on online supermarket purchases. Fresh vegetables rank 2nd both on- and offline, although IRI notes that the volume of fresh vegetables in online sales is still much smaller than offline. IRI assumes that in this category the consumer probably prefers to actually see the product before buying it.

The online shopper differs from the regular shopper, IRI reports. The online shopper is younger (especially over-represented in the 25- 39 years demographic) and often has a family and an average or above-average income. The impact of the different shopper profiles is reflected in the sales data. In online fresh vegetable sales, for instance, the more expensive pre-packaged vegetable packs are chosen more often. While the share of online sales within the supermarkets’ total turnover is currently still small, e-commerce sales are growing rapidly and IRI expects even stronger growth in the future.

The Dutch retail landscape has not changed much in 2015. Albert Heijn has managed to stabilise its frontrunner position and now has a market share of 35%. The Jumbo Group decreased a bit due to overlap when converting the last of the C1000 stores it took over in 2011. Whereas discounters Aldi and Lidl had more or less the same market share in 2012, it has become clear that Lidl, now at a 10% market share, has managed to develop and secure its position.

Some of the large organic-consuming counties, such as France and Germany, depend heavily on imports to satisfy their internal markets.

ABN AMRO reports that Dutch exports of organic food total €928 million. ABN AMRO sees organic production as a crucial factor in the growth of the organic trade, as the production cannot keep up with the demand.

This article first appeared on page 20 of edition 145 (Sep-Oct 2016) of Eurofresh Distribution magazine. Read more retail and fresh produce sector news in that issue at: www.eurofresh-distribution.com/magazine/145-2016-sepoct.