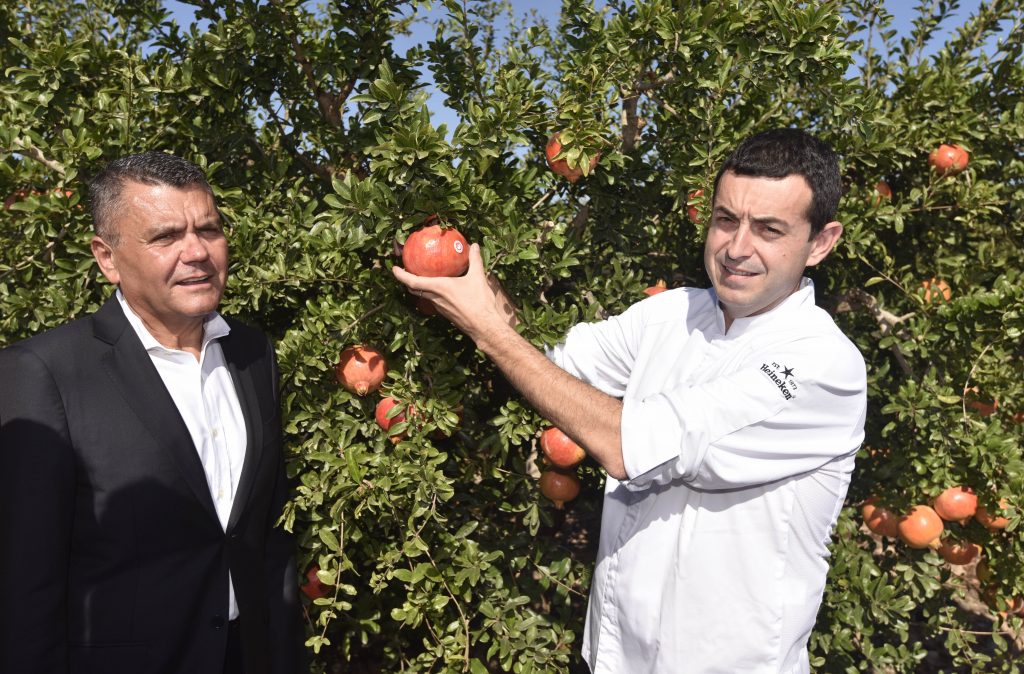 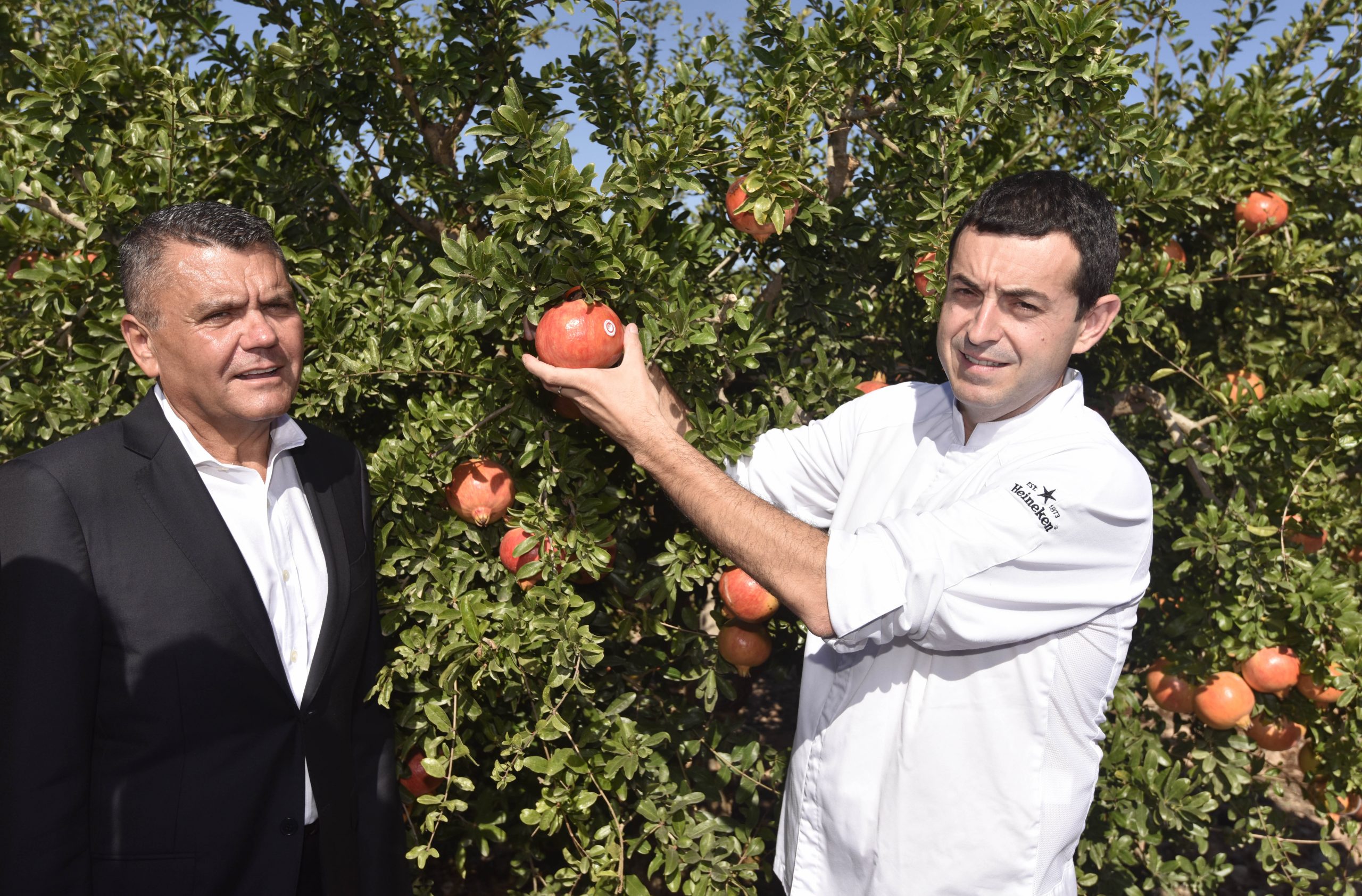 The area covered by the PDO has grown by 8.9% since last year

Today the 2017/18 season for the PDO Mollar de Elche pomegranate formally got underway with the symbolic slicing of the season’s first pomegranate by Michelin star chef Ricard Camarena in front of other prestigious chefs from Valencia and local dignitaries. Ricard Camerna said,

“Its special quality makes the Mollar de Elche pomegranate such an iconic product. It offers an underexplored seasoning which can bring contrasts to cooking with its acidity and zest.”

President of the PDO Mollar de Elche pomegranate, Francisco Oliva, highlighted the optimistic note on which the season had opened and his great hopes for the year ahead in terms of the fruit’s quality and yield. Coming at such a critical juncture, the late summer rains have greatly helped the fruit achieve a good quality and size. Combined with increased productivity levels in the new production areas opened up in recent years, output is expected to be up by 2% this year – 1,000 tons more than the annual average of 50,000 tons in the area covered by the PDO (L’ Alacantí, Vega Baja and Bajo Vinalopó).

Of the 51,000 tons of pomegranate produced this year, approximately 50% will be sold with the PDO stamp, i.e. those with the highest level of quality and whose plantations are officially registered with the regulating body. This year, the surface area covered by the PDO has grown by 8.9%, up from 1,349 ha in 2016/17 to 1,469 ha in 2017/18. Oliva points out that the figures may grow even further as the registration period will not close until the end of October.