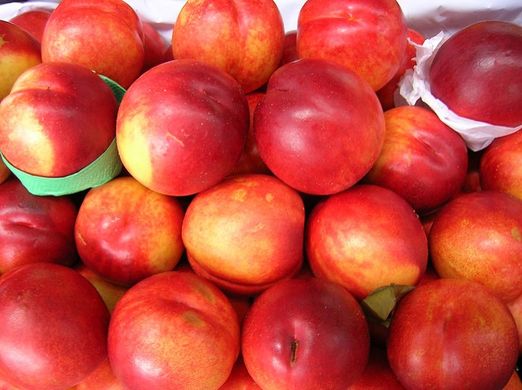 World peach and nectarine production is expected to rise 4.6% to 21.2 million tons as gains in China and the EU more than compensate for reduction in volumes produced in the US. Global trade is also forecast to be up due to greater exports from China and the EU.

China’s estimated production of 14.3 million tons continues the pattern of steady growth, as new bearings come into production. Exports are projected up 16,000 tons to 90,000, with more shipments to Kazakhstan and Vietnam. Meanwhile, imports are expected to soar from 400 tons to 9,000 tons, mainly thanks to the bilateral trade agreement signed with Chile in November 2016.

Turkey’s production is forecast to ease fractionally to 505,000 tons following hail damage in the Marmara region.  Exports are expected to rise 9,000 tons to 60,000 on revived exports to Russia following the lifting of its ban on Turkey’s peaches in October 2016.

EU production is expected to rise 238,000 tons to 4.1 million due to new higher-yielding trees coming into production as well as good flowering and fruit set in main producing Member States.  Exports are forecast to rise 69,000 tons to 295,000, as higher available supplies boost shipments, especially to Belarus and Ukraine. However, EU trade is still feeling the effect of Russia’s ban on imports from certain countries. As for imports, volumes are expected to drop slightly, to 28,000 tons, due to higher available domestic supplies.