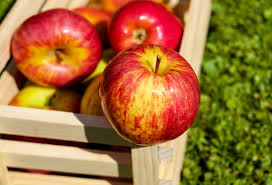 After the rise in consumer demand in mid-March, the market situation normalised again in early April. At this point, exports, which had dropped due to the excessive domestic demand, picked up again. At the beginning of April, demand was somewhat calmer, but the market picked up again at Easter.

The Elstar and Gala Royal varieties are sold in May and will be cleared by mid-June at the latest. The Jonagold Group is also enjoying good sales, with almost too strong demand. Due to the generally very good demand and the increasingly scarce supply, the prices have gradually increased in recent weeks, so that in week 19 the same high price level was reached as at the beginning of the 2017/18 season. However, the upper limit should have been reached, especially now that the berry season is beginning. The 2019/20 German apple campaign is therefore expected to be a good one.

The cold nights at the beginning of April and the frosty days in May probably did little damage in the Lake Constance region, with only isolated problems. Stone fruit, on the other hand, was somewhat more affected. However, the lake region did not face such massive losses as there are in the Rhine region. An average harvest is therefore expected for the coming season. 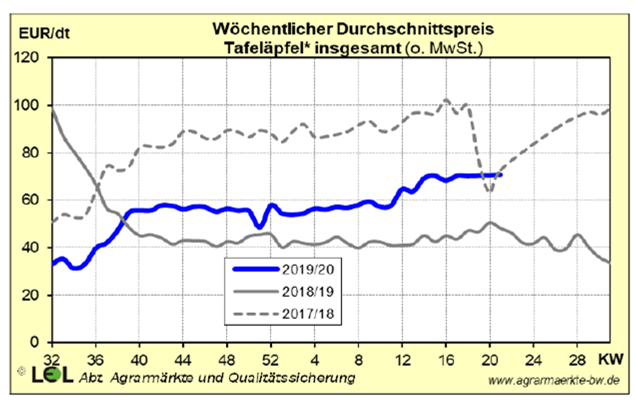