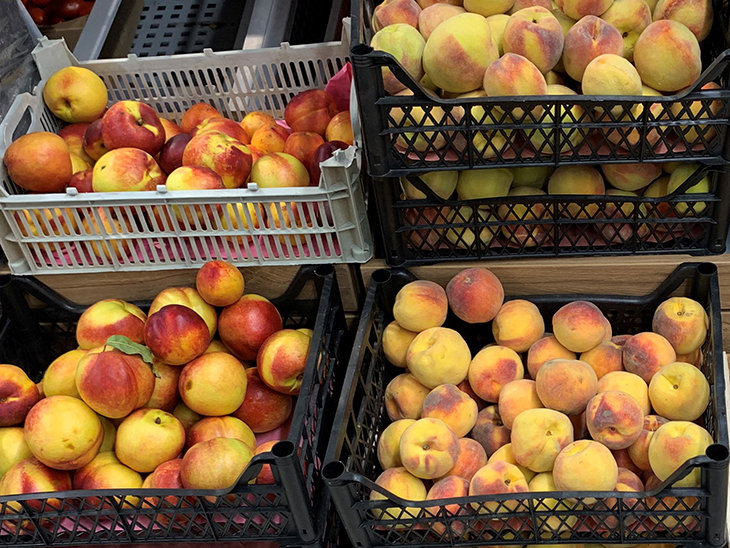 By the end of August, Georgia exported more than 23,000 tons of peaches and nectarines, or 10,000 tons more than YOY in 2019, informed the Ministry of Agriculture of the country. Fruit are basically exported to Russia (15,500 tons), Armenia (730 t) and Azerbaijan (500 tons). The rest was exported to Kazakhstan, Ukraine, Moldova, Poland and Slovenia. Pilot lots were also shipped to Singapore and Qatar, informs newsgeorgia.ge agency.

Thanks to CIP, Georgian farmers will raise their potato crop

Three years ago, the International Center of potato (CIP) initiated the project intending the development of potato production in Georgia. In the frame of that three-year project, 76 new potato varieties were introduced for the selection, and after careful trials, the most suitable varieties in terms of yield and disease resistance were selected for production in Georgia. The negotiations regarding the second stage of the projects are being currently held.

“The representative office of CIP in Tbilisi, the capital of Georgia, is the regional headquarter for 7 other Caucasian and Central Asian countries: Azerbaijan, Armenia, Uzbekistan, Kazakhstan, Tajikistan, Turkmenia and Kirgizstan,” says Rusudan Mdivani, regional delegate of CIP. “We opened several laboratories of in vitro selection of potato in some of these countries and carry out the researches devising to test new genotypes, adapt them to local climate and soil conditions, etc.”

Potato is the strategic product for Georgia, it is one of the most popular vegetables in consumers’ everyday diet. Thanks to CIP’s project, Georgia will not just satiate the domestic market, but will help to expand the export to Azerbaijan, Armenia, Turkey and even to Iran.