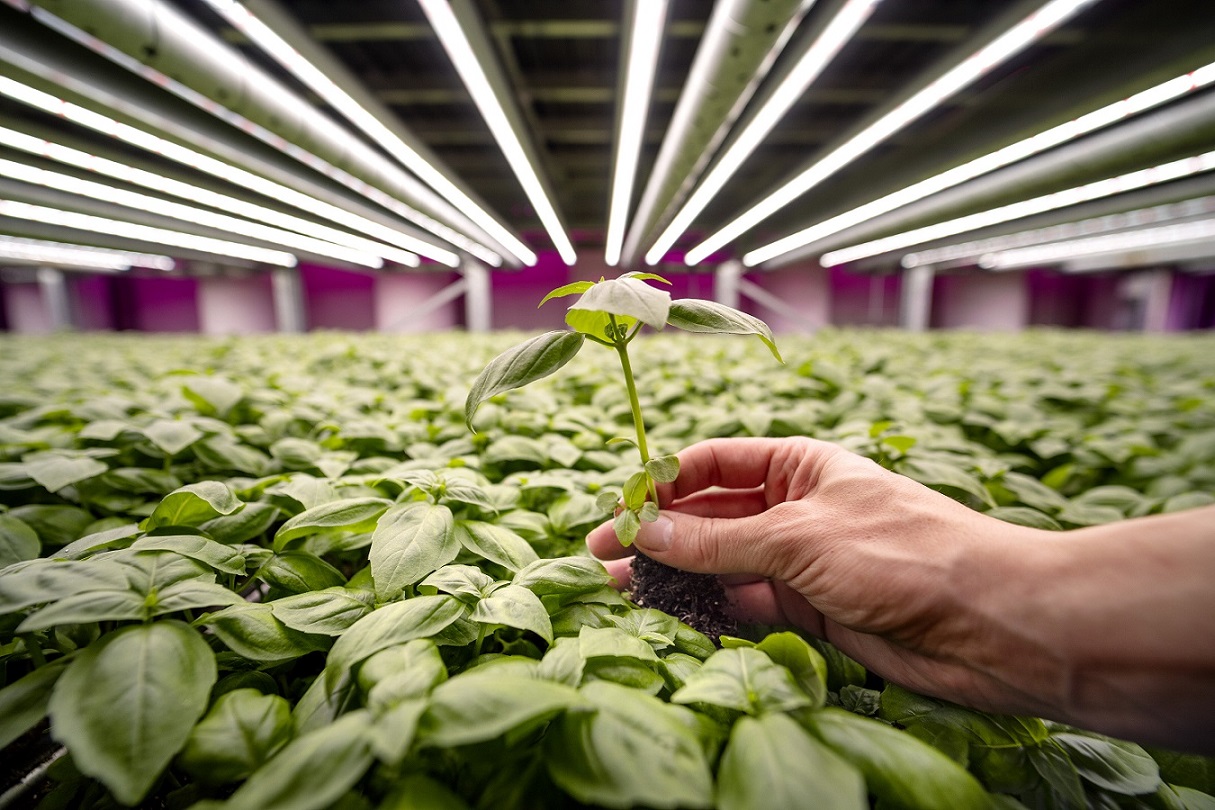 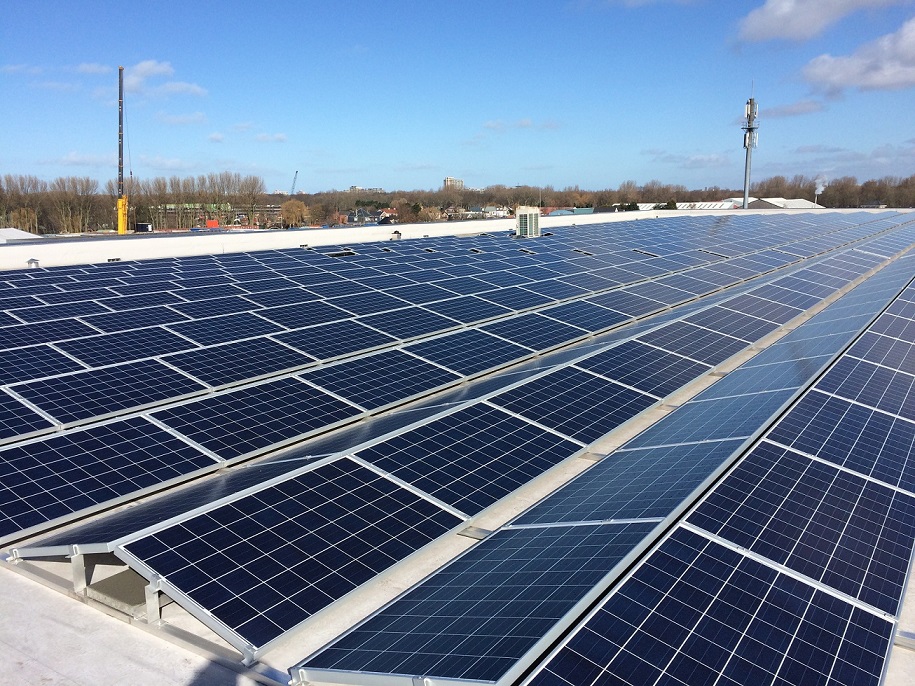 Westland, Netherlands – Future Crops, Ltd., has taken its vertical farm a further step off the grid by shifting to reliance on 100% renewable energy. Harnessing the natural green powers of solar and wind energy, the company also is solving the primary hurdle to bringing the industry to a substantially greater carbon-neutral position, all while advancing its sustainability goals.

Over the past decade, vertical farms have been cropping up as creative method of boosting food resilience and bringing food sources closer to home. Multistory indoor farming optimizes land use by growing food from the ground up in designated horticultural regions or even within dense urban localities. However, this method of growing crops in a controlled indoor environment can be energy intensive.

Future Crops operates a state-of-the art, multilevel indoor vertical farm in ABC Westland, Netherlands, the greenhouse hub of Europe. The facility grows a broad portfolio of pesticide-free leafy green vegetables and herbs. While many such facilities rely on hydroponics, the scale-up developed a unique, proprietary soil substrate in which to grow crops, bringing the vertical farm concept closer to nature and the earth.

“Vertical farming is an emerging industry that is gaining traction due to its multiple virtues,” explains Gary Grinspan, co-founder and CEO of Future Crops. “We are able to grow tremendous amounts of high-value food on a much smaller stretch of land—approximately 5% of the land required for conventional agriculture. And having no reliance on seasonality amplifies growing cycles tenfold. This means we can grow more, faster while concurrently cutting the food mileage. Our produce also has a naturally longer shelf-life which cuts food waste and eliminates ecotoxicity to people and the earth since no pesticides or harmful chemicals are required. The Future Crops system also addresses the downside of the controlled indoor methods of growing crops: high energy consumption due to crops being unable to soak up natural sunlight.”

Future Crops began operations in 2018 with zealous ambitions to completely “green up” the entire process and reach zero carbon emissions. This spurred the company to choose a site that was already crowned with an impressive structure of 18,000 solar panels that could substantially limit its reliance on conventional fossil fuel forms of energy.

In 2019 Future Crops received the final go-ahead to get connected. This year the company also started exploiting wind energy, bringing reliance on renewable energy to 100%. The success of these measures was reflected in a recently conducted projection-based analysis.

“We bolstered our farm’s infrastructure and insulation capabilities,” explains Grinspan. “We also sought solutions to further improve our cultivation processes to be more energy-efficient, including boosting yields. At the same time, we began a gradual migration to renewable energy.”

Future Crops further notes that all its resources are reused and recycled, including 97% of the water. Soil substrate that has undergone several growth cycles is sold to other growers who treat and reuse it. The company’s commitment even goes to overcoming food waste. Produce that does not meet the visual specifications for retail is sold to food producers.

“Food waste and reducing carbon footprint are the most pressing issues in the battle to save the planet,” adds Grinspan. “As the population grows over the next 3 decades, food consumption is predicted to increase by 70%. To accommodate that, arable land will need to be doubled, in turn driving up water usage. Currently, 75% of global water is consumed by agriculture.”

“The lack of available land for food growth has led to a cascade of problems, beginning with the conversion of forests into agricultural land,” explains Susanne Mosmans, Business Unit Director & CMO of Future Crops. “Deforestation already has disrupted the healthy balance of carbon and oxygen emissions, leading to rising temperatures that negatively impact crops growth and yields. This has sparked the need to think out of the box. And that’s where vertical farming comes in. It offers the ultimate solution to make healthy, sustainable food accessible to all.”