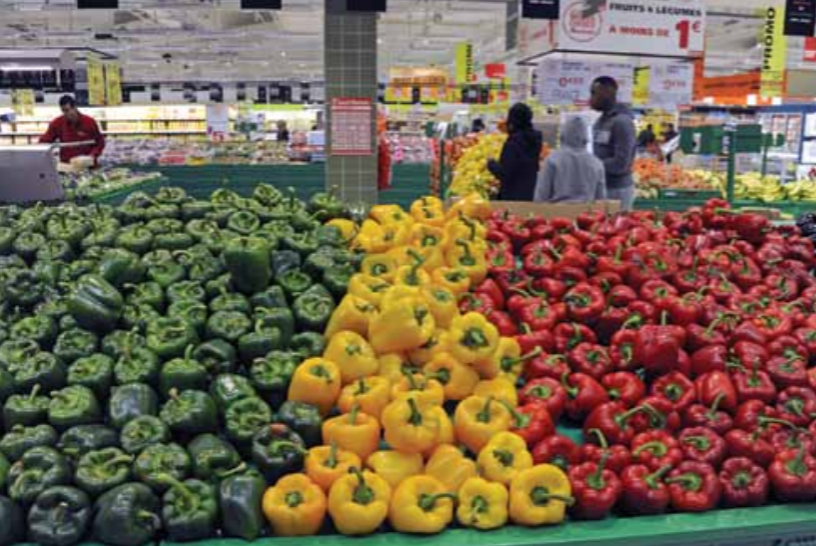 Exports play a decisive role for the French fruit sector, accounting for 46% of production.

For some products, this share reaches almost 50%, as is the case for apples and kiwis. The main partners are the EU member countries, especially the neighbouring countries including the United Kingdom, Germany and Spain. Switzerland is the largest fruit export destination, taking a 40% share of French exports outside the EU (with 100,453 tons), followed by Algeria and countries in the Middle East like Saudi Arabia and the United Arab Emirates, the latter country’s exports rising 32,000 tons, up 39%. Exports to Algeria came down 15% to 59,000 tons as the country is investing more in local crops, though Africa is the second continent for French exports due to increased demand in Egypt and Senegal.

Russia is no longer an unavoidable actor due to the embargo declared in August 2014, while exports to Latin American countries are falling because of the various economic crises in Venezuela and Argentina. Apples account for 73% of all exports, followed by peaches, nectarines and apricots. Demand for French high quality is rising in overseas markets.

In 2015, the top imported fruit into France was still bananas. More than 80% of banana exports from West African countries like Ivory Coast, Cameroon and Ghana enter French ports first. Banana exporting countries like Costa Rica, Colombia, Ecuador, Dominican Rep. and Surinam (59,000 tons, down 26%) also ship big banana volumes to Dunkirk and Le Havre. Morocco is sending more of its oranges and clementines, up 24%. Importers in Rungis/Paris buy their offseason produce directly in South Africa (112,000 tons), Chile (43,000 tons) and Peru (42,000 tons). The Tunisian market for ‘Maltese’ oranges is stable at 37,000 tons. Argentina’s export difficulties are also seen in the data, down 28% to 23,000 tons. The top imported vegetables are tomatoes, mainly from Morocco. Imports from this country are stable. Several off-season vegetables are imported from several countries in Africa and Israel.

In 2015, retail represented about 60% of total fresh produce sales in France. Carrefour and Auchan, the two market leaders, further increased their market share to 27.2% and 17.4% respectively. Leclerc followed with a more difficult year, but had a good performance with its fresh produce department. It is known that the discounter Lidl now has a 2.5% share, though for Aldi the data are only an estimation.

Last year (2015) was marked by a sharp rise in spending by households on their fresh fruit and vegetable purchases, up 5% from 2014 and well above the 5-year average (+7.8%). This progression is all attributable to the rise in average purchase prices (+5.5%). Indeed, the quantities bought are stable (-0.5%) at the level of their five-year average. The frequency of purchase thus remains at the highest level (66 purchasing actions), accompanied only by a very small decrease in quantities purchased per action (-0.5%).