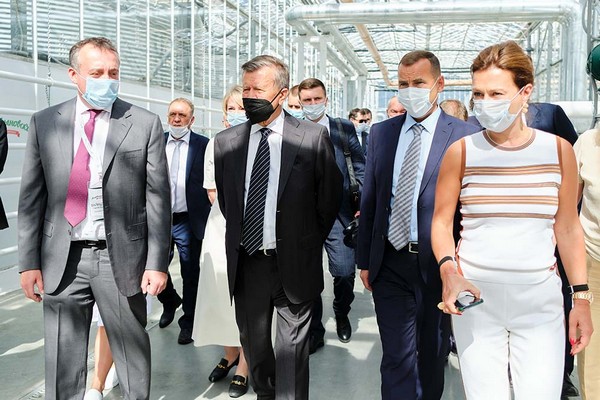 Russia’s Kurgan region has opened its first greenhouse complex for the year-round cultivation of cucumbers and green crops. Agrocomplex “Martynovskiy” will produce 15,000 tons annually to meet demand in the Trans-Urals and in other regions of the Siberian Federal District. The investment project was implemented with funds from the Russian Agricultural Bank to the tune of 3.375 billion rubles.

The primary task of agriculture is to meet domestic demand, including for vegetables. In the conditions of the local climate in the Kurgan region, as well as in the Ural economic region as a whole, it is advisable to perform this task with the help of greenhouse vegetable growing. That is why Rosselkhozbank has invested in the creation of a modern agricultural complex. Since the beginning of the work, the bank has participated in the implementation of more than 150 investment projects for the construction and modernisation of greenhouses with a financing of over 219 billion rubles and a planned total capacity of over 809,000 tons per year.