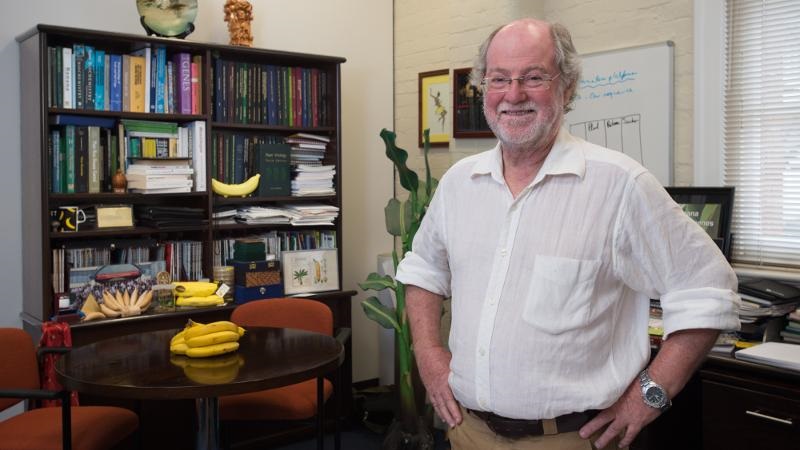 Professor James Dale and his team have developed bananas with Fusarium resistance.

Professor James Dale and his team have developed bananas with Fusarium resistance.

Good news in the banana sector as a breakthrough has been made in attempts to develop bananas with Fusarium resistance. The trials are conducted by a group of researchers at the Queensland University of Technology in Brisbane, Australia.

The researchers designed several lines of genetically modified Cavendish bananas with resistance to this fungus and, after a 3-year field test carried out in lands heavily infested with TR4, they concluded that a Cavendish line transformed with a gene taken from a wild banana grew completely free of TR4, while three other lines showed partial resistance.

The team found that it is the RGA2 gene from the wild progenitor of edible bananas which has remarkable resistance to Fusarium (TR4). A modified Cavendish line (RGA2-3) remained free of TR4 for the three years that the test lasted. Similarly, three other RGA2-modified lines showed strong resistance, with 20% or fewer plants exhibiting disease symptoms over a three-year period. In contrast, 67% to 100% of the bananas used as controls were infected or severely infected by TR4 after three years; this field trial also included the Giant Cavendish somaclonal variety known as GCTCV-218, which is currently considered resistant to TR4.