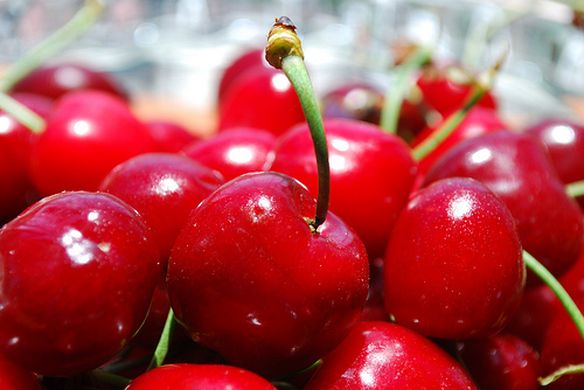 US cherry exports to Japan are set to plummet by 46% in 2018/19 as a result of lower production and higher prices. At the same time, Japanese cherry production continues to shrink as the farming population ages . A shift  to new varieties like Benishuho, which can extend the season, also contributed to the drop in harvested area. This transition period is expected to last until 2025.

Japan’s cherry season usually begins in mid-May with the arrival of imported red cherries from the US. Early varieties of domestically produced yellow cherries can be seen in the markets in late-May, but the distribution of the dominant variety Satonishiki doesn’t begin until mid-June. The period between mid-May and mid-June is the peak season for US cherries, as they are the only seasonal fruit available. Many Japanese cherry farmers earn the majority of their income from producing premium cherries, which are sold as gifts between June and July, or at high-end supermarkets. Roughly 30% of cherry production is sold as premium. As premium production requires special efforts to thin in the stages of budding, flowering, and immature fruit, domestic production is kept low enough to avoid oversupply and maintain high prices that support farmers.

Imported cherries are often referred to as ‘American Cherries’ in Japan since 98% of Japan’s imported cherries originate in the US. However, US cherry exports to Japan have declined steadily since 2010, down to 4,600 tons in 2016/17. Nevertheless, the trend was reversed in 2017/18, when favourable growing conditions in the US led to increased production and lower prices, resulting in strong demand in the Japanese market, and imports climbing to 5,248 tons. With the reduction in US cherry production in 2018/19, and the consequent higher prices, exports to Japan are set to fall by 46.6% to 2,800 tons. Japan’s leading cherry variety is Satonishiki, which accounts for around 66% of total production. While Napoleon was the leading variety in the 1980s, it was produced for processing. As the market shifted to fresh cherry consumption, farmers quickly switched to production of Satonishiki, and Napoleon trees are now generally used for pollination. While Satonishiki has established a strong reputation among Japanese consumers, the fruit is not suitable for exports due to its relatively small size (19-22 mm in average diameter) and soft skin. Benishuho, however, is larger (25 mm diameter) and has a thicker skin and a longer shelf life, making it more suitable for export. Benishuho also allows farmers to extend the cherry season until mid-July due to its early flowering and late ripening.