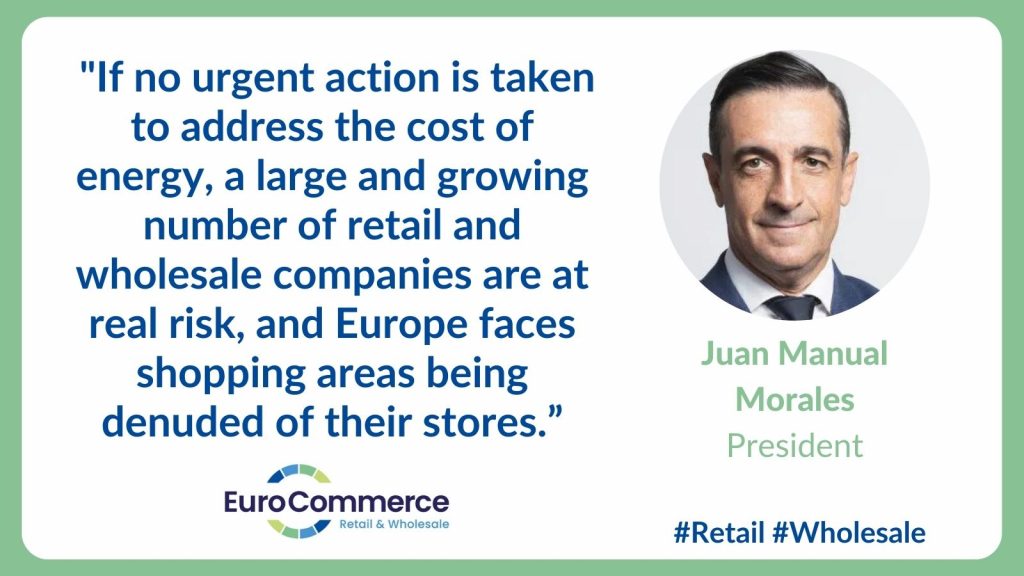 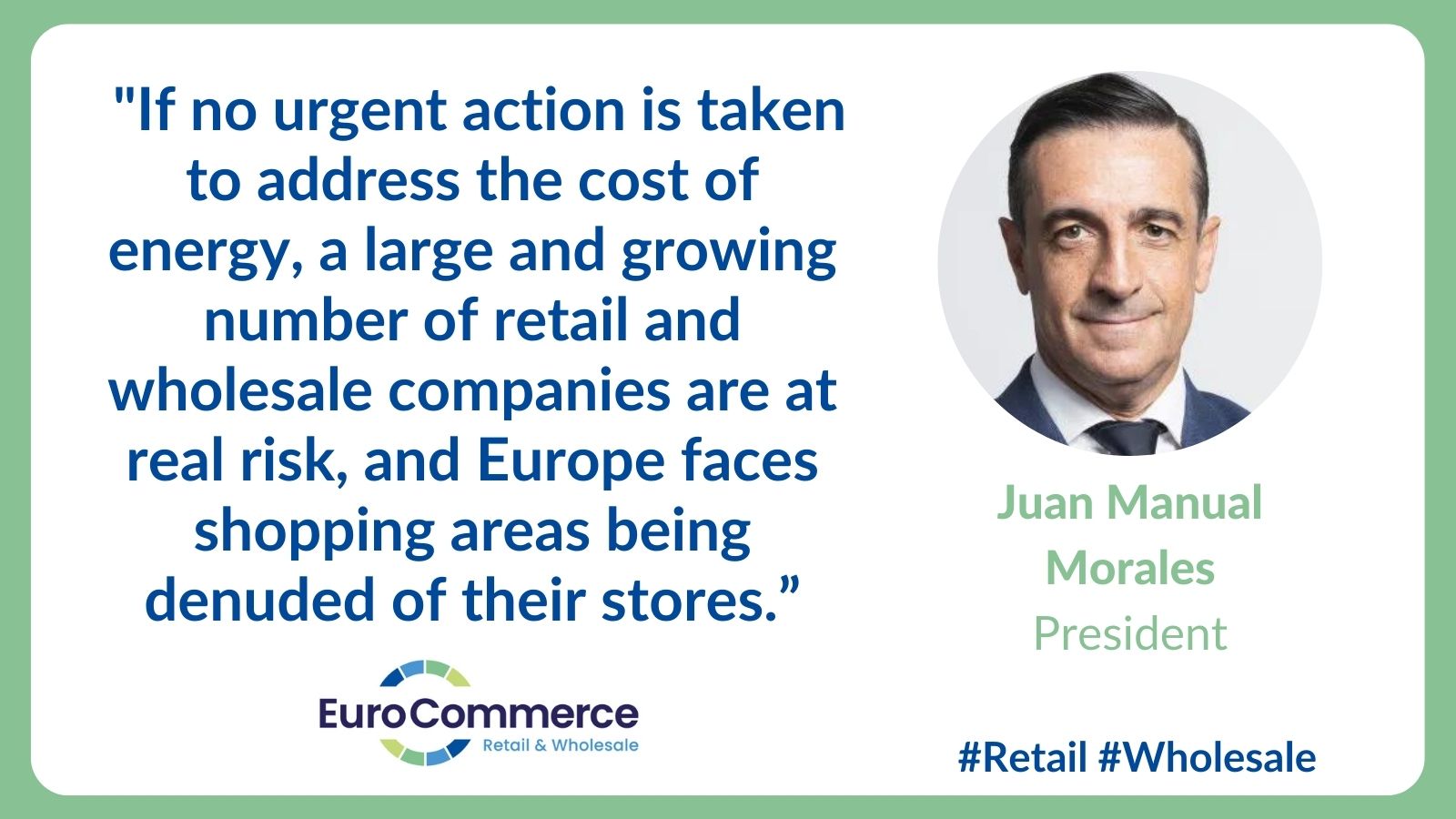 The Board of Directors of EuroCommerce, the organisation that brings together retail and wholesale distribution in Europe, has made an urgent call for measures to be taken to help trade in the serious economic situation that the sector is currently experiencing.

“We have reflected on the enormous challenges that our sector faces in relation to the spiralling energy costs and inflation. Many of EuroCommerce’s partners have pointed out that this situation is no longer sustainable. If urgent measures are not taken to tackle the high cost of energy, a large and growing number of retail and wholesale companies are at real risk of disappearing and many commercial areas in Europe may lose their shops.”

The European retail and wholesale trade needs a European solution to the current situation of energy prices and this must be taken urgently, says the organisation, which highlights that this sector is a large consumer of energy, with very low profit margins (between 1 and 3% in the food trade). This makes companies particularly vulnerable to the rising cost of energy; cost that they cannot pass on to consumers who are already very affected by the economic situation.

“The continuing need for our sector to provide an essential service to the population means that companies cannot temporarily stop or restrict their activities while they wait for energy prices to fall,” Morales said.

According to EuroCommerce, wholesale and retail distribution is working to soften the impact on consumers, acting responsibly during this crisis.

“Companies have made every effort to absorb as much as possible the inflationary pressure they and consumers are facing. This means that consumer prices have increased less than the prices of producers and importers,” said Morales.

But with current energy costs (already at 40% inflation and still rising) many supply chains are breaking down and will have no choice but to pass on these extraordinary costs to consumers if no action is taken at the framework of the European Union and national governments, he warns.

“Retail and wholesale trade is also the private sector that creates the most employment in Europe among the local population. It is the only sector with a presence in each community throughout the entire European region. Losing the stores would be a severe blow to consumers who depend on an essential service and would affect both inner cities and rural communities, whose backbone is made up of commerce. The effect could also extend to the entire economy: the sector brings together companies that operate in a wide range of economic ecosystems, which depend on retail and wholesale distribution to get their products to markets. The current situation does not help at a time of low growth, high inflation and low consumer confidence,” said Morales.

EuroCommerce is the leading organisation representing European retail and wholesale distribution. It works for the competitiveness and sustainability of trade in the European Union, a sector that represents 5.4 million companies, 26 million jobs (one in seven in Europe) and 10% of European GDP. The organisation is made up of the three representative associations of the trade sector in Spain, ACES (Association of Spanish Supermarket Chains), Anged (National Association of Large Distribution Companies) and Asedas (Spanish Association of Distributors, Self-Services and Supermarkets).