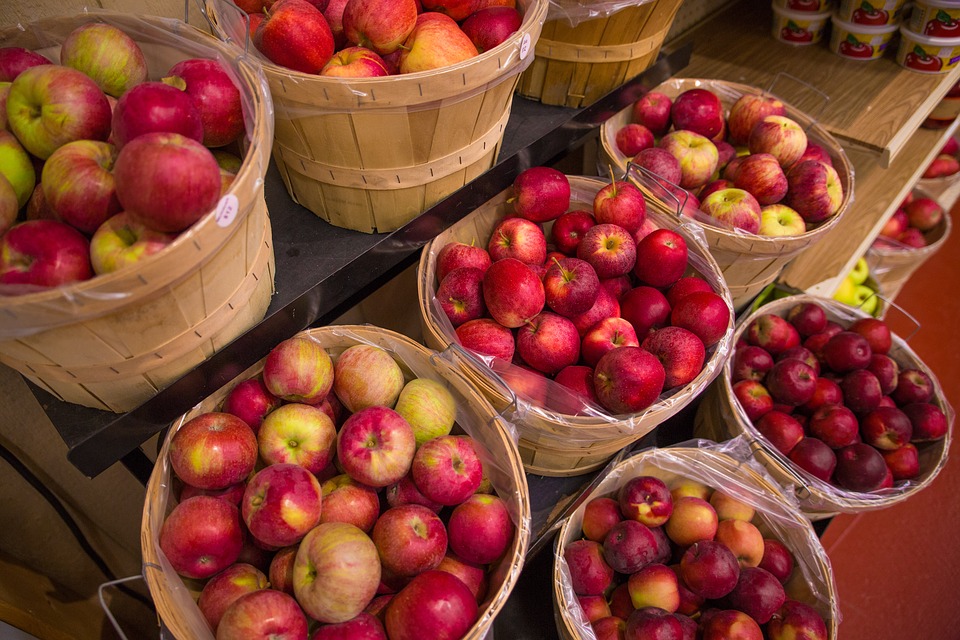 The 2019/20 EU apple crop which started on 1st August is expected to be a moderate one, according to Wapa/Prognosfruit data (-20% on preceding year and -11% below 5-year average). The smaller crop has driven prices upwards during the campaign, significantly higher than last year’s complicated one, when there was an excess of supply in some Member States, especially in Poland), and also well above the 5-year average, with some variation between countries. Apple prices in Poland were well up from the previous campaign, while French apple prices are above the 5-year average but below last season’s level, as France increased production during this period. German prices were slightly above average, while prices in Italy recovered gradually from a difficult end to the previous marketing year.

The remaining stocks from the preceding crop were rather high, but had little impact as they constitute just 4.6% of the average crop. On 1st December 2019, EU apple stocks were at their lowest level for 7 years. For the rest of the season it is expected that internal EU demand might be low due to a generally mild winter, which will prompt producers to explore all possible extra-EU export markets. 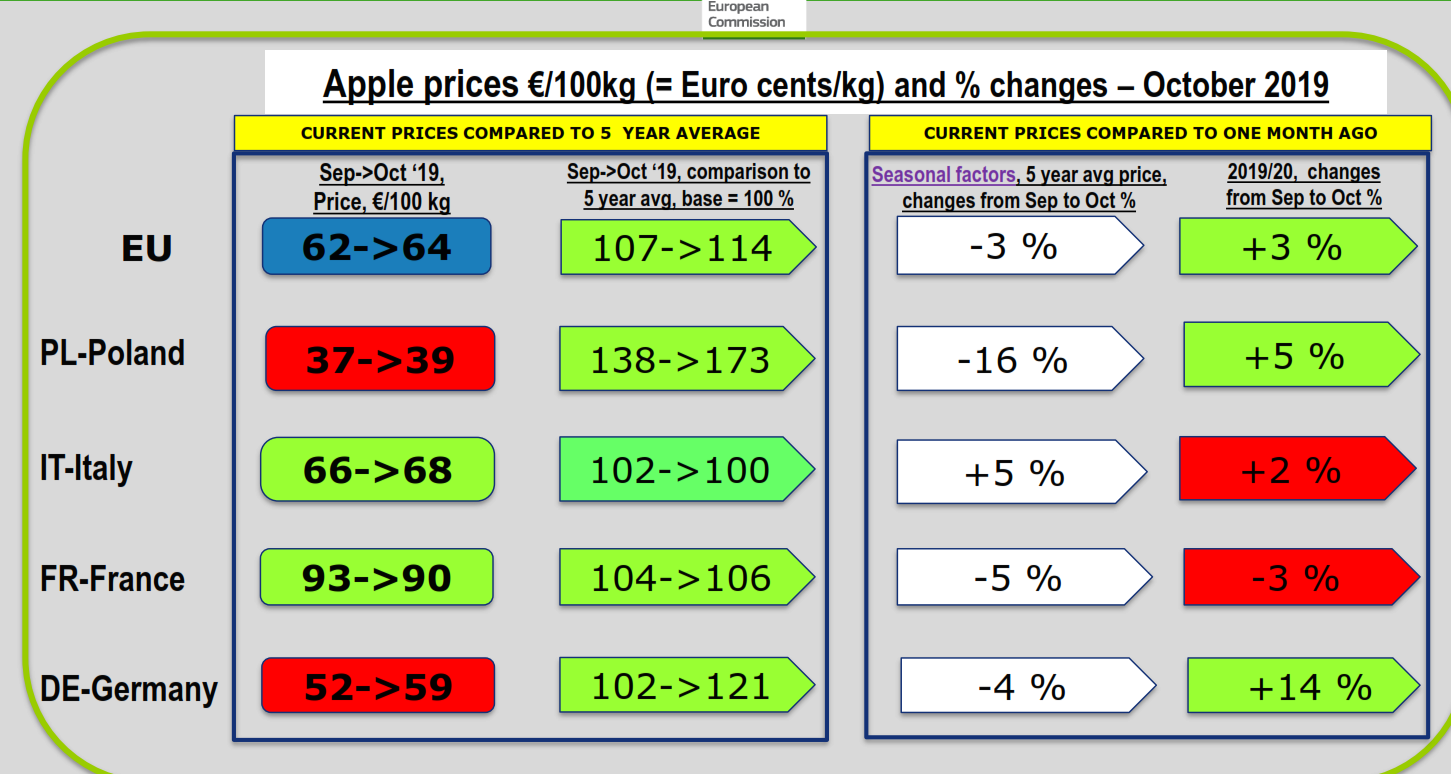