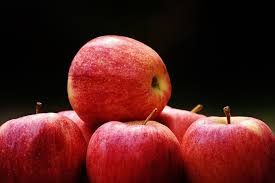 EU apple production in 2019/20 is expected to be down 19% from the record harvest registered in 2018/19 and 3% lower than the average of the previous ten years, according to data published by FAS EU. The picture varies across the continent. drop is due to a combination of late spring frosts (Czech Republic, Germany, Poland, Hungary), poor pollination (Hungary, Romania), drought/heat (Austria, Poland, UK), and hail damage (Hungary, Greece). France, Spain, Portugal, the Netherlands, and Bulgaria all reported higher production than in 2018/19. Spain and Portugal enjoyed a wetter and cooler season than usual, while there was also more rain in the Netherlands than in 2018.

Growing area is slowly contracting in Poland, Belgium, and the Netherlands, due to lack of profitability, particularly given the ongoing Russian import ban. A heatwave at the end of June combined with a lack of rain lead to a reduced fruit size in early varieties, while later varieties that benefitted from later rains show a normal size distribution.  Fruit quality is reported as good.

Commercial apple production in the EU exceeds 10,000 tons, consisting of around 25 varieties, the main ones being Golden Delicious, Gala, and Jonagold types (Jonagold, Jonagored, Red Jonaprince).  Golden Delicious is the main variety grown in Italy, France, Spain, and Portugal, while Jonagold is dominant in Germany and Belgium. Idared is the number-one variety in Poland and Hungary. New varieties are gaining ground, such as Pink Lady, Kanzi, Rubens, Tentation, and Kiku. The countries with the highest proportion of new varieties are Slovakia (13%), the Netherlands (12%), and the UK (10%). 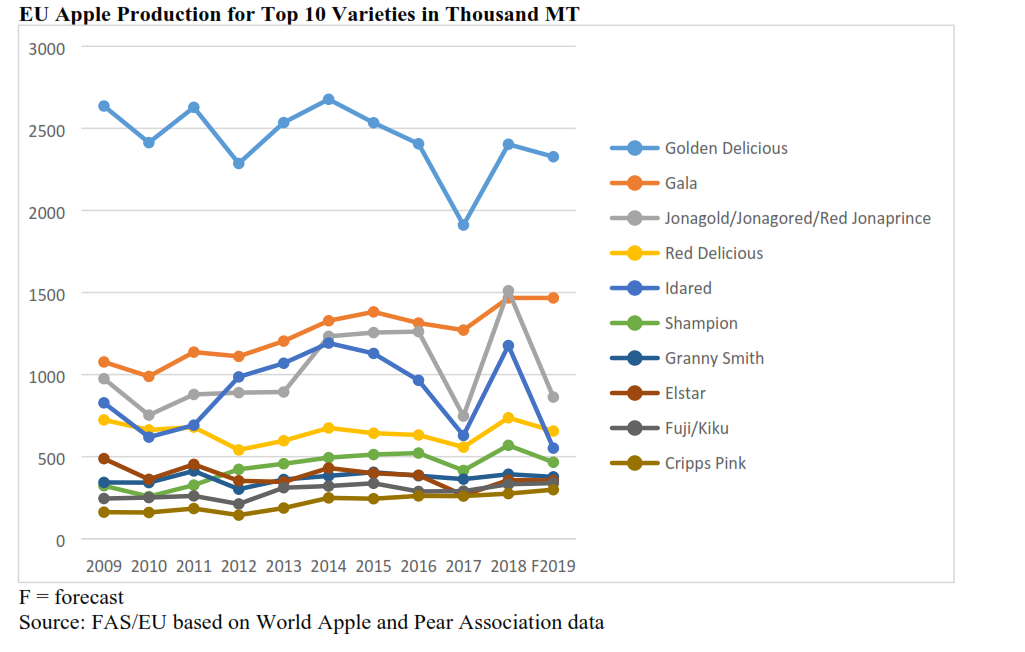