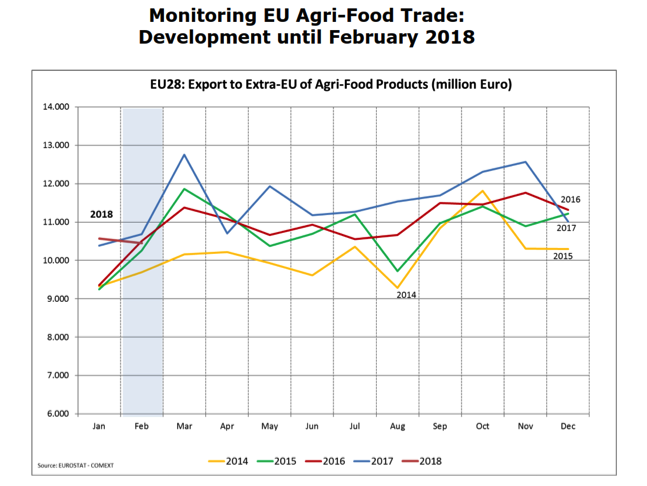 While the value of EU agri-food exports dipped slightly in February 2018 to just below €10.5 billion, the decline in imports was sharper, falling to €8.7 billion. This increased the trade surplus to €1.7 billion from €1.3 billion in February 2017.

The greatest decline in value over the past year was seen in agri-food imports arriving from the US, Brazil and Indonesia, while the highest growth was seen in imports from Malaysia and Tunisia. In particular, there were large falls in imports of cocoa beans and vegetables, while imports of olive oil and fatty acids increased the most.