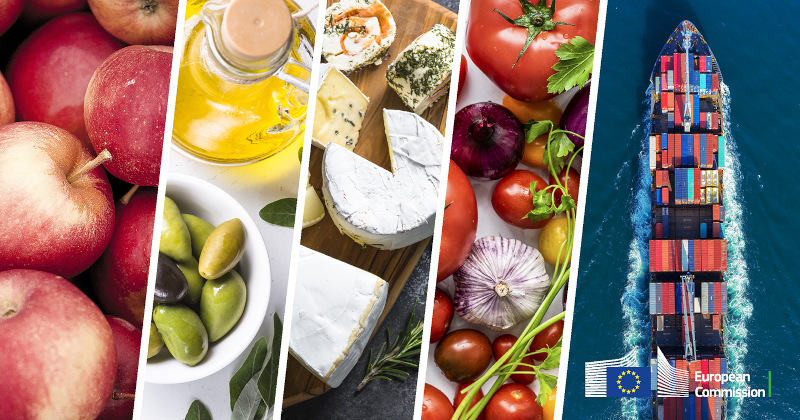 Both imports and exports of EU agri-food fell slightly in value terms in July 2022, according to the latest monthly report on agri-food trade published by the European Commission. The value of EU exports decreased by 2% compared to June to €19.2 billion, although it is still significantly higher than at the same point last year. EU imports also decreased by 2% in the same period, reaching €14.3 billion in July 2022. The EU’s trade balance remains stable at +€4.9 billion.

The largest increase in exports was recorded for wheat, with the EU shipping 1.9 million tons in July 2022 to the MENA region, which represents a 300% increase compared to July last year. The categories that experienced drops in exports in July are fruits and nuts (-15%) and vegetables (-10%).

The EU’s total agri-food exports from the beginning of the year to July reached €127 billion, 14% more than in the same period last year.