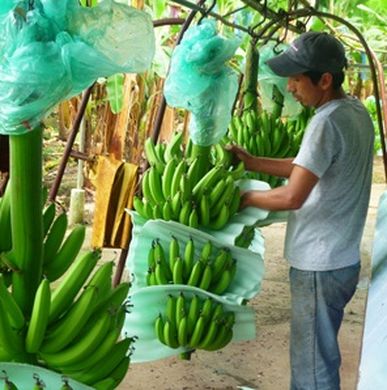 Despite problems with the EU market and adverse winter conditions, Ecuador recorded a 2% year-on-year increase in banana exports during the first quarter of 2019, shipping 95.3 million boxes. However, Ecuador’s banana exports to the EU dropped 15% in the first three months of the year, according to the Banana Marketing and Export Association (ACORBANEC). The fall in shipments is attributed to cheaper competitors like Guatemala. Administrator of ACORBANEC, Richard Salazar, said,

“Ecuador’s current law guaranteeing a minimum price for producers makes its bananas much more expensive than its competitors. Guatemala is selling cheaper bananas at about 50 cents less than Ecuador and that has made some customers from abroad, especially Germany, prefer to buy more from other Central American countries. Ecuador has not lowered its prices – it sells them at the same price. But the reaction was to buy more from the competition because we are much more expensive.”

The EU accounts for 29% of Ecuador’s banana exports, followed by Russia (23%), the Middle East (12%), the US (11%), Asia (7%), and South America (6%). China and Japan have increased purchases of Ecuadorian bananas this year, shifting away from the Philippines where production problems were encountered. Similarly, the Middle Eastern markets increased imports by 11%, according to ACORBANEC.