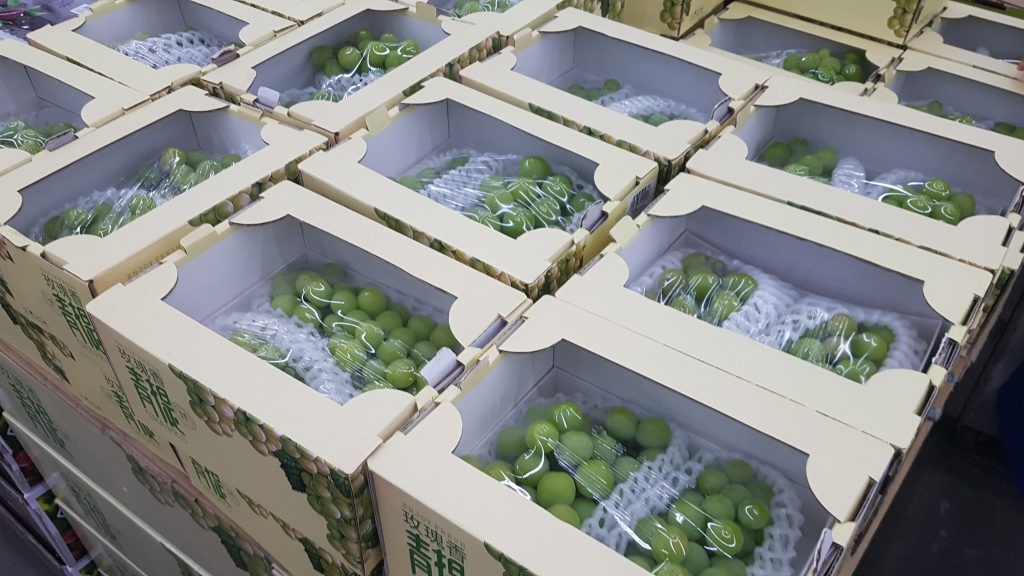 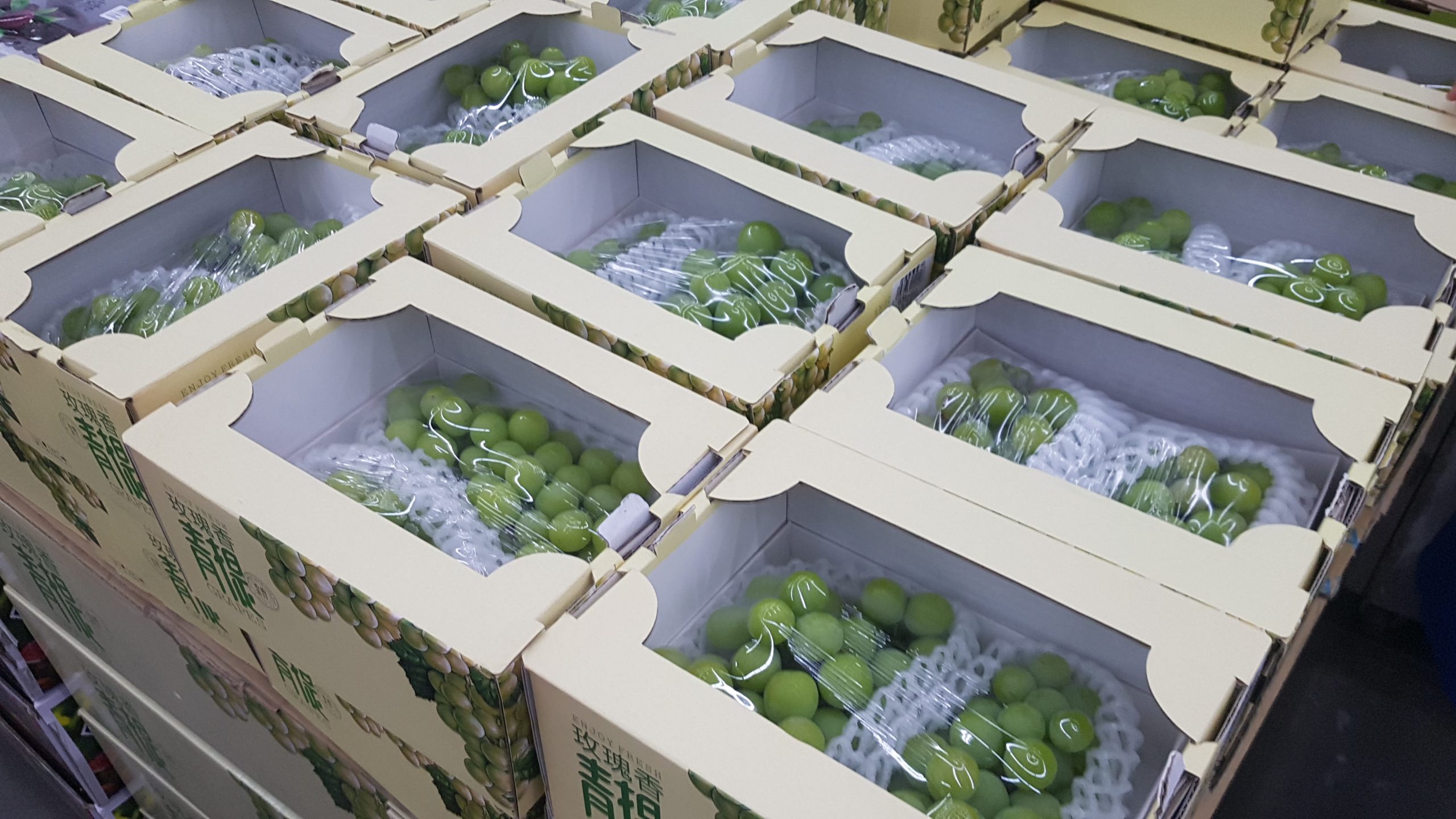 China’s grape production is expected to rise 4% to around 11 million tons in MY 2020/21 due to continued enhancements in crop management techniques, according to a FAS China report. Following the economic slowdown brought about by Covid-19, fruit purchases have fallen, which will mean that imports are likely to decline in MY 2020/21. Domestic grapes have been substituted for imported grapes. However, the import of tropical fruit and fruit from Southern Hemisphere countries (during China’s off- season) is expected to remain relatively strong.

FAS China forecasts grape acreage at 728,000 hectares in MY 2020/21, slightly up from the previous year. Although grape area has stabilised, farmers have increased planting acreage of popular varieties such as Shine-Muscat, Summer Black, Jumbo Muscat, Gold Finger, and Crimson Seedless to replace traditional varieties such as Red Globe and Kyoho. Due to the rapid rise in production, the price of Shine-Muscat dropped more than 50% this year. However, this variety’s price remains high compared to traditional varieties. 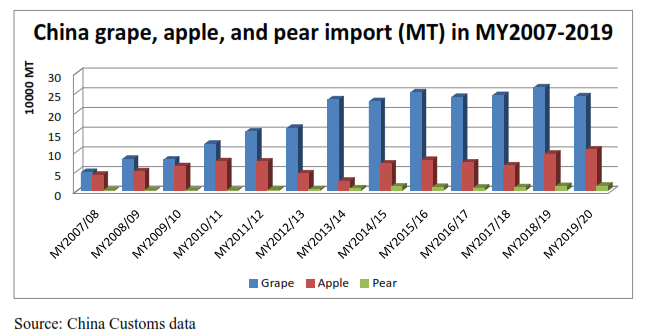