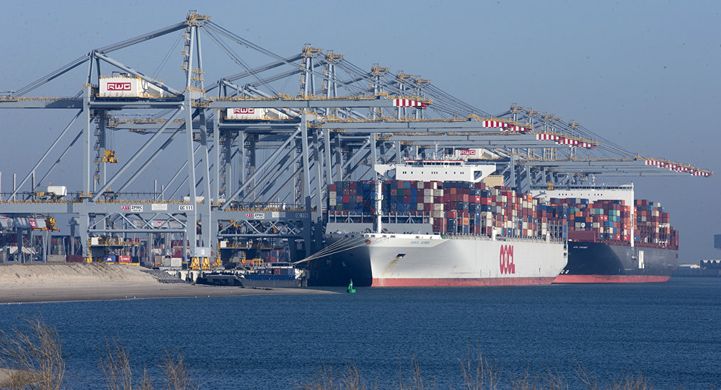 Dutch port authorities fear that freight will have much longer to wait at its ports after March 30, when the UK leaves the EU. The Netherlands is a major exporter to Britain and gateway to and from Europe. Boarding procedures could be slowed significantly if terms are not finalised of the UK’s departure from the EU. New customs and food safety checks may be introduced for goods traveling to and from the UK. Chaos could be caused by just one lorry driver arriving at the port without the necessary paperwork and having to turn around in a restricted area. British and Dutch authorities have warned of huge traffic jams approaching ports on both sides of the North Sea as truck drivers and customs officials adapt to dealing with new regulations. The Brexit coordinator with the Netherlands Customs Authority said that the number of forms that drivers need complete in order to leave the EU and enter the UK could rise from one to nine.

A report by the Netherlands Institute for Transport Policy Analysis estimates that cargo leaving the Port of Rotterdam could drop by 4.5% in the absence of a Brexit deal. So Dutch authorities are preparing for the worst, with the customs service hiring 900 new staff, and the food and animal welfare authority recruiting qualified vets from across Europe to carry out checks on live imports.

As the Netherlands has close trading ties with the UK, a hard Brexit would mean tariffs, which would raise the price of European products for UK consumers and therefore lower Dutch exports. Siemen van Berkum, an economist at Wageningen University who wrote a report on the possible economic effects of Brexit, said, “We estimate about 2 percent of the production value will be foregone and that means about 500 million euros on a yearly basis.”