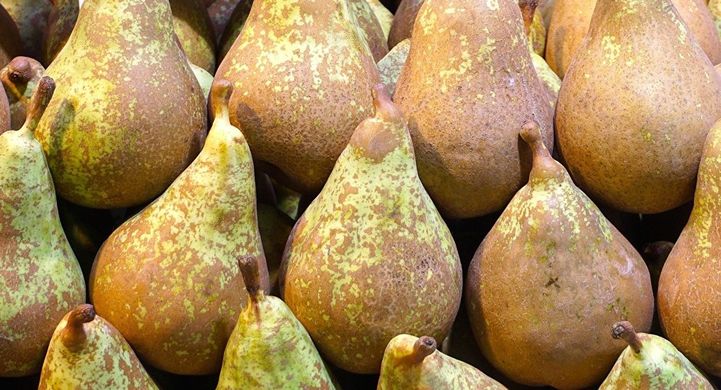 EU produce is managing to find its way onto the shelves of Russian supermarkets in defiance of sanctions issued by President Putin against the EU. According to a report by Volkskrant, a smuggling trade is allowing Dutch and Belgian produce to circumvent these measures, with an estimated €240 million worth of pears arriving since the ban was first put into place in August 2014 in response to EU sanctions against Russia. Dutch and Belgian Conference pears pass through Lithuania and Belarus, where the pears’ origins are disguised to make it appear that they were produced in an African country. It is estimated that around 70,000 tons of Dutch and Belgian pears make it to Russia, which is almost half of the pear volumes that arrived prior to the ban. Russia’s Ministry of Agriculture is non-committal regarding “rumours” of the trade: “Whether or not and on what scale Dutch companies are involved in this, is unknown to the Ministry.”