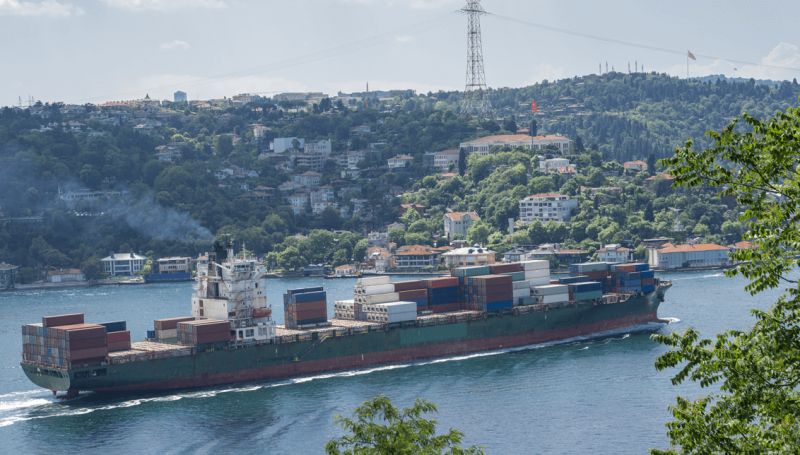 While the immediate impact of Russia’s invasion of Ukraine on the world economy and container shipping has so far been relatively contained, this could change quickly, according to Drewry’s Container Forecaster. While no-one knows how this story will play out in the long run, there were some immediately obvious consequences; oil prices jumped to a seven-year high of $100 per barrel hours after the invasion and commodity and energy prices surged.

The fallout for international container shipping will likely take longer to materialise and the immediate operational threat is relatively low outside of the locality. Retaliatory cyber-attacks that might affect shipping and fast-rising fuel costs are probably the main concerns right now.

Shipping will avoid the Black Sea for the foreseeable future (the Ukraine port of Odessa was closed shortly after the invasion and carriers notified customers that the country would not be called at for the time being), but in any case, there were only three inter-continental services (on the major trades that Drewry tracks) calling at ports in the region so disruption to international liner networks will not be catastrophic.

However, the outlook for container shipping is intrinsically tied to the global economy and it is a near certainty that Putin’s gambit will lead to more economic volatility, heaping even more inflation on to people all over the world still reeling from the pandemic.

Economists will be furiously calculating just how much damage will be caused, but the early signs suggest that the initial invasion will not cause that much of a ripple. On the same day, Oxford Economics only shaved 0.2 percentage points from its global GDP outlook for 2022 (and 0.1 points for 2023) when it moved its global baseline forecast in line with its full-scale invasion scenario.

There are some dark timelines ahead, including one in which China feels emboldened to copy Putin’s playbook in Taiwan, something that would hit shipping very hard.

A remote possibility is that an inflation-racked global economy might lead to an unexpected contraction in container demand.