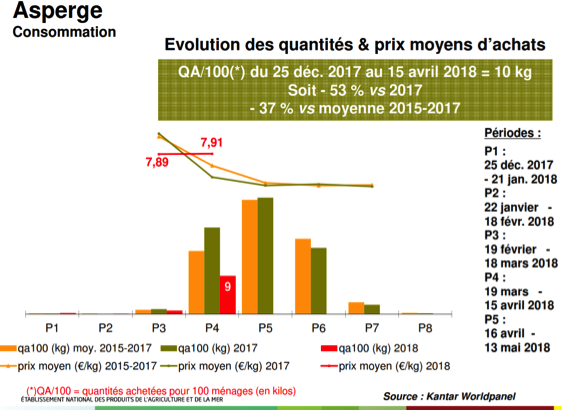 France’s 2018 asparagus campaign got off to a late start this year. By April, prices were already in decline with the gradual increase in volumes that remained above the five-year average. At the end of the month, there were problems with flows and stocks increased. Volumes continued to increase while demand slowed down due to poor weather and school holidays. Public holidays in early May led to a boost in demand and prices recovered slightly.