Add
Company news
Grown and distributed in Europe exclusively by the VOG and VIP consortia, this new apple will reach an output of around 1,200 tons this year. A new generation of apples set to rapidly develop.
Mon 28/02/2022 by Cosmic Crisp® 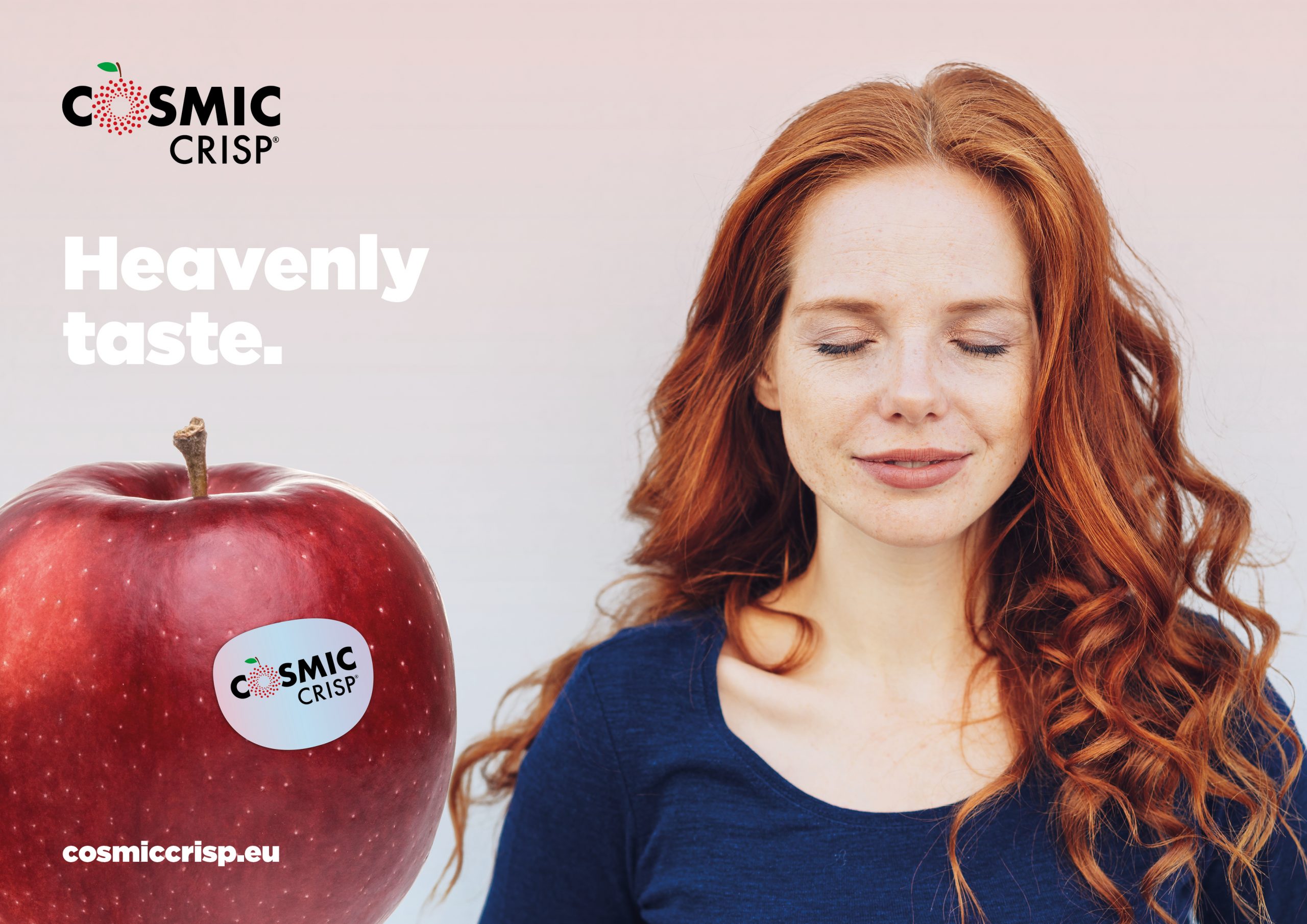 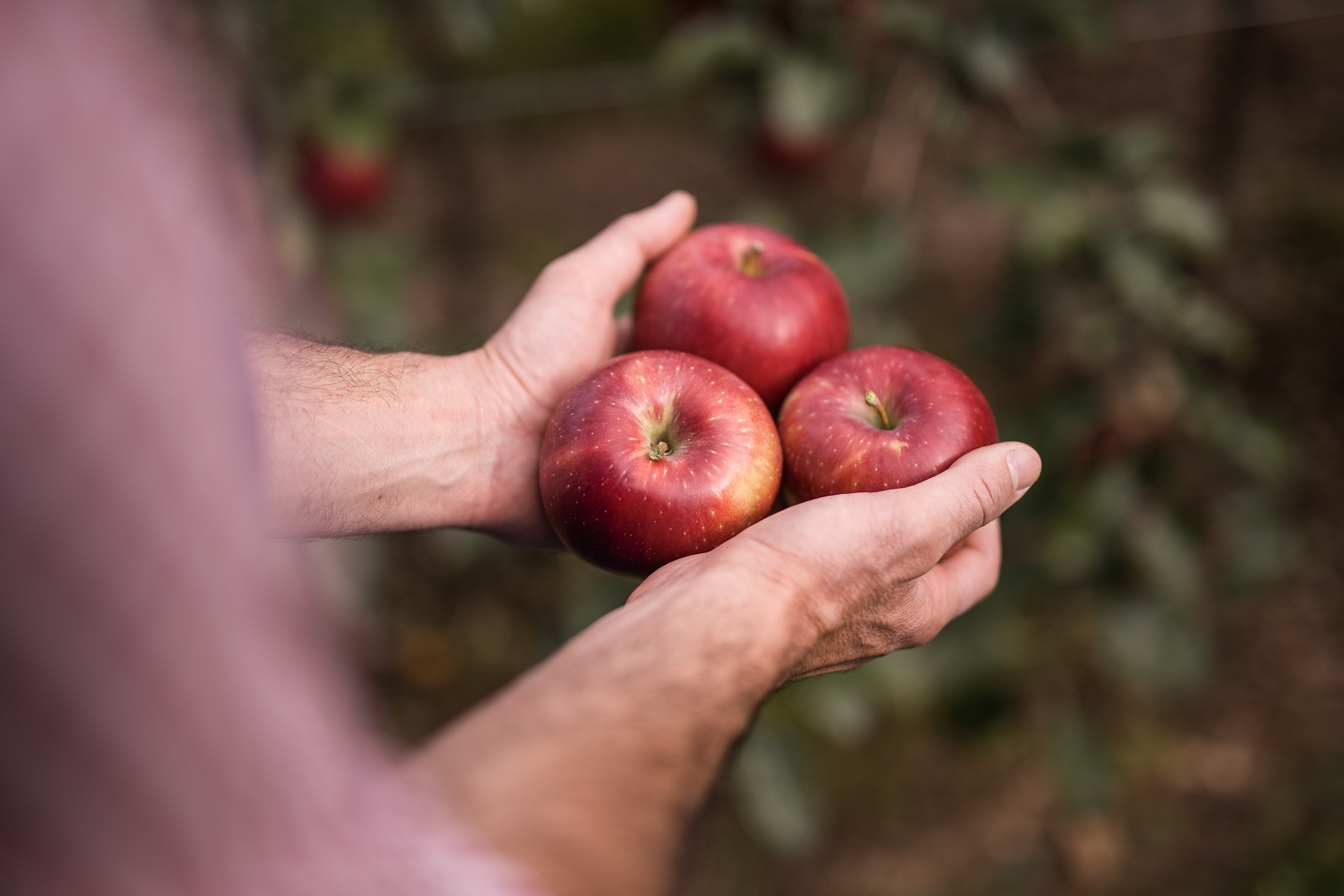 Terlan, 28th  of February – Following the success of the first commercial tests in 2021, Cosmic Crisp® is finally making its debut on the European market. Following its success in the USA, where it originated, this extraordinary new apple has now also made its way to Italy, Spain, Germany, Scandinavia and the United Kingdom thanks to the VOG and VIP consortia, which grow it in South Tyrol – Südtirol.

“We were thrilled to launch the first major campaign for this heavenly apple, which offers a unique pleasure with every bite, an intense emotion as big as the sky,” remarks Hannes Tauber, Marketing Manager at the VOG Consortium. “Indeed,  ‘Heavenly pleasure’ is the slogan of the communication campaign that introduces stores to the unique pleasure that Cosmic Crisp® brings with every bite.”

Like a fine wine, this innovative apple reaches its peak quality over time, becoming even tastier and more aromatic, which is why it enters the market in the second half of the season. With this year’s output of 1,200 tons, Cosmic Crisp® will be stocked in fruit and vegetable aisles from February to April. In the future it will cover the sales season until July.

“A perfect apple at any time of day,” explains Benjamin Laimer, Marketing Manager at the VIP Consortium. “A magnificent sky, portrayed in its evocative settings and in the different colours it assumes from dawn to dusk, serves as a backdrop for the faces chosen for the campaign, conveying the sensation of pleasure it arouses with every bite. As well as of naturalness, pleasure and exclusivity.”

The result of a cross between the Enterprise and Honeycrisp varieties, Cosmic Crisp® is part of a new generation of apples and stands out for its attractive colour, featuring multi-faceted red shades on a yellow background, and for its remarkable juiciness, firm crunch and particularly balanced flavour combining sweetness and tartness. The flavours are finely structured and predominantly ‘green’ and fruity like those of green grass, kiwi and gooseberry with an orange note on the peel. Sustainably grown, it is also available with organic certification.

“We are starting the marketing campaign with great euphoria,” comments Klaus Hölzl, Sales Manager at VOG Consortium. “This is a revolutionary apple that our customers like because it appeals to consumers, who appreciate its extraordinary qualities. Following the success achieved in the USA, we are confident that Cosmic Crisp® is already winning over discerning consumers not only in Italy, but also in Spain, Germany, Scandinavia and the UK.”

“We currently have 500 hectares of cultivated land in South Tyrol – Südtirol, which this year has enabled us to obtain a significant first harvest for the commercial launch; the sales campaign is scheduled to last until April,” concludes Fabio Zanesco, Sales Director at VIP. “The goal, from now and over the next 5 years, is to reach a total of 40,000 gross tons: this is an impressive figure for a premium apple that has all the characteristics to revolutionize store shelves and that amazes consumers from the very first bite.”