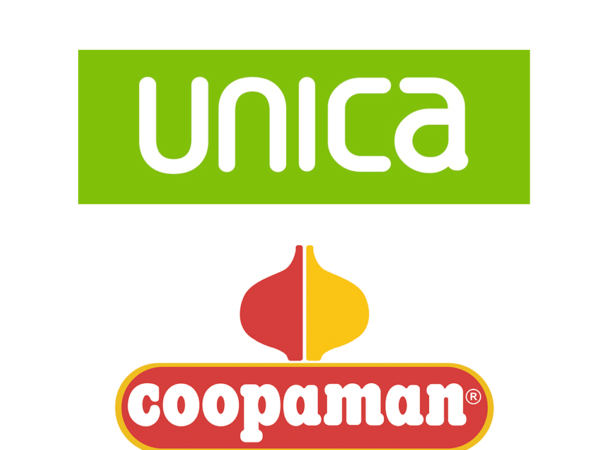 Europe’s largest purple garlic producer Coopaman has joined Unica, a move which sees the cooperative consolidate its leadership, with plans to surpass 400 million kilos by the end of this campaign. Coopaman S.C.L. is a second-tier agricultural cooperative based in Las Pedroñeras (Cuenca). Coopaman sells about 20 million kilos of garlic annually, including varieties of white, purple, spring violet and white spring, and has a turnover of approximately €30 million. The cooperative was the first company registered in the ‘Ajo Morado de Las Pedroñeras’ PGI and markets much of its volumes under this seal of quality. In the 2018/19 campaign, purple garlic accounted for around 70% of the overall production. The cooperative, which sells its products under the brands Coopaman, Pedroñete and Ajoman, has 2,400 cultivated hectares and employs about 500 workers.

President of Coopaman, Julio Bacete Gómez, highlighted the importance of this agreement.

“At Coopaman, we see this as an exciting opportunity, which should open doors for us in the European retails in the short and medium term. We will not lose sight of our ultimate purpose, which is to achieve the future profitability of our partners by adapting to the changes and innovations taking place in the years to come in the agri-food sector.”

Unica’s president, José Martínez Portero, has also shown his satisfaction with the move.

“This great cooperative allows us to add a healthy product, which is so greatly appreciated by the consumer for its properties, and is very important in the European shopping basket . It will help us sell the products we already have, taking advantage of synergies. In short, this agreement gives us the opportunity to continue growing in scale and volume, responding to the needs of our clients.”

Unica Group is the leading Spanish exporter of vegetables, with 14 member cooperatives in Almeria, Granada, Murcia, Cádiz and Málaga: Cabasc, Casur, Cohorsan, Cota 120, El Grupo, Ferva, ParqueNat, Agrolevante, Parafruts, Camposol, Europeans, GranaGenil, Segura Frutas and García and Virgen del Rocío, as well as Grupo AN’s fresh production. Since 2016, Unica has been part of the AN Group where it carries out, through Unica Fresh, the fresh product marketing for the whole group. The turnover of the AN Group last year was €1.56 billion.