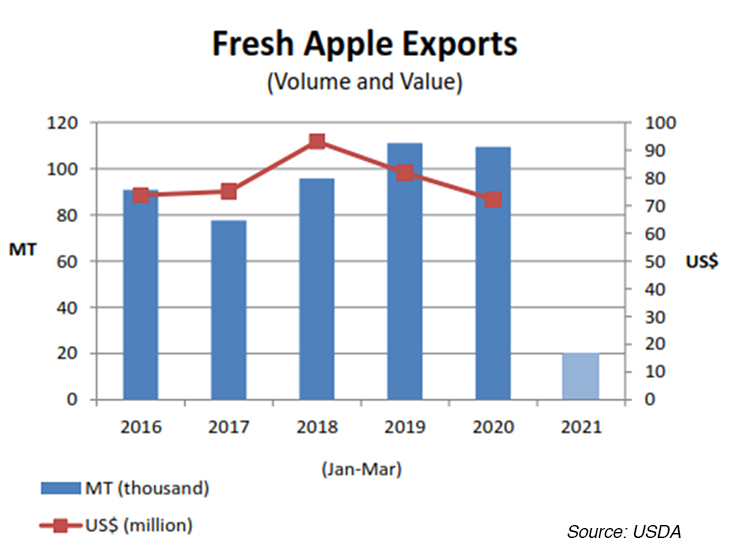 Argentina’s 2020/21 fresh apple crop is projected to fall 10,000 tons to 560,000 tons from the previous year, according to USDA data. However, the country’s fresh pear production is expected to be up 10,000 tons to 620,000 tons. A decade of rising production costs and low profits has eroded the financial sustainability of fresh deciduous fruit producers despite currency devaluations that improved the competitiveness of local exports in international markets.  The departure of some key international fruit companies has increased the sector consolidation.  The remaining operations are surviving tough conditions through greater cost sharing and marketing outreach but struggle to attract needed investment. Some local operations have utilised technology to access new varieties demanded by export markets to bolster revenue.

Exports in the 2020/21 campaign are forecast to drop to 100,000 tons for apples and remain unchanged at 320,000 tons for pears due to larger fruit supply in the Northern Hemisphere countries. Domestic consumption of apples is estimated to remain stable at 460,800 tons and increase slightly to 300,000 tons for pears.