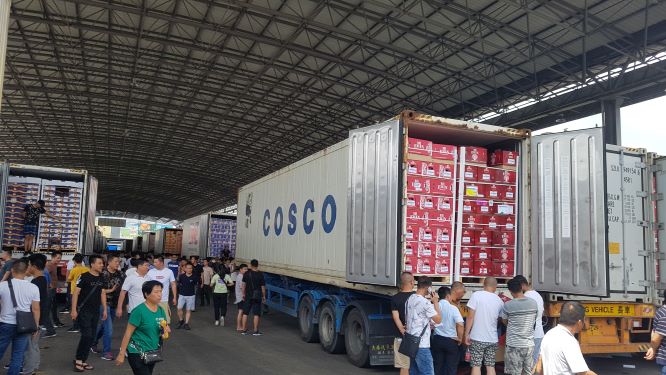 Kiwifruit also recorded remarkable import growth both in terms of volume and value: at the beginning of September 2019 kiwifruit imported from Italy, New Zealand, Chile and Italy represented 97.7% of the total, with an increase respectively of 82%, 17% and 43%. Although the price of fruit in China has started to drop after a period of continuous growth, it is still 30% higher than the average: in the apple sector, the largest supplier is New Zealand, which in 2019 started to export its first variety, the sweet red Breeze, while pear exports are also growing strongly (2,800 tons, + 55%).

Arrival of bananas from Mexico and grapes from Argentina

The Philippines, Ecuador and Vietnam remain the main banana exporters to China, jointly controlling 92% of the market, with growth of + 17%, + 135% and + 101% respectively. However, stiff competition is emerging from Mexico, which gained access to China for its bananas at the beginning of 2020. Other major news in the panorama of Chinese imports is the arrival of Argentine table grapes following the signing of the phytosanitary protocol. In the citrus field, the main exporter to China remains Egypt, the sixth largest producer of oranges in the world and the main exporter. By October 2019, Egypt had shipped 191,000 tons (+ 107%) to the Chinese market, mainly Washington Navel, Valencia, Navelate, Cara Cara, New Hall and Navelina.