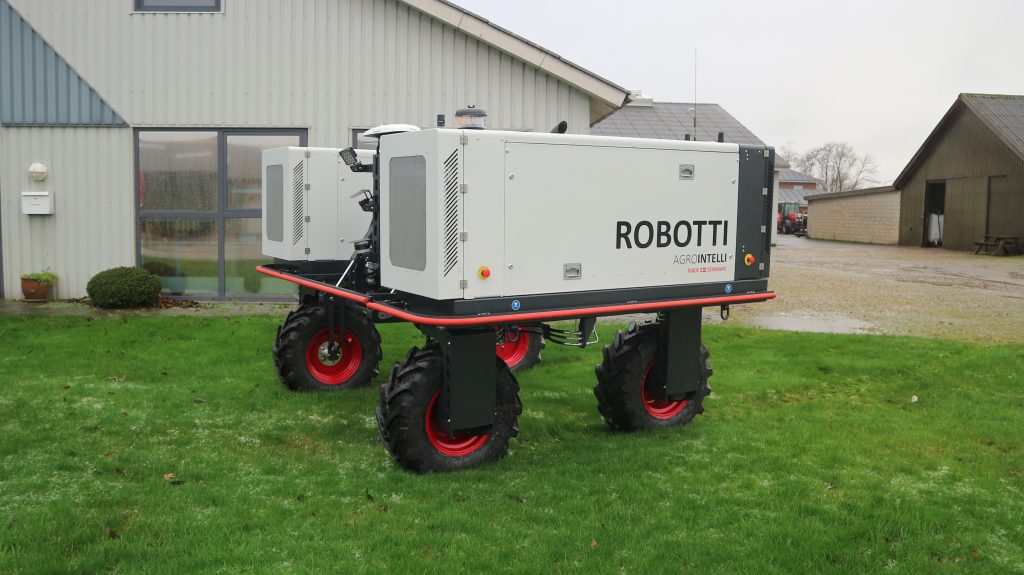 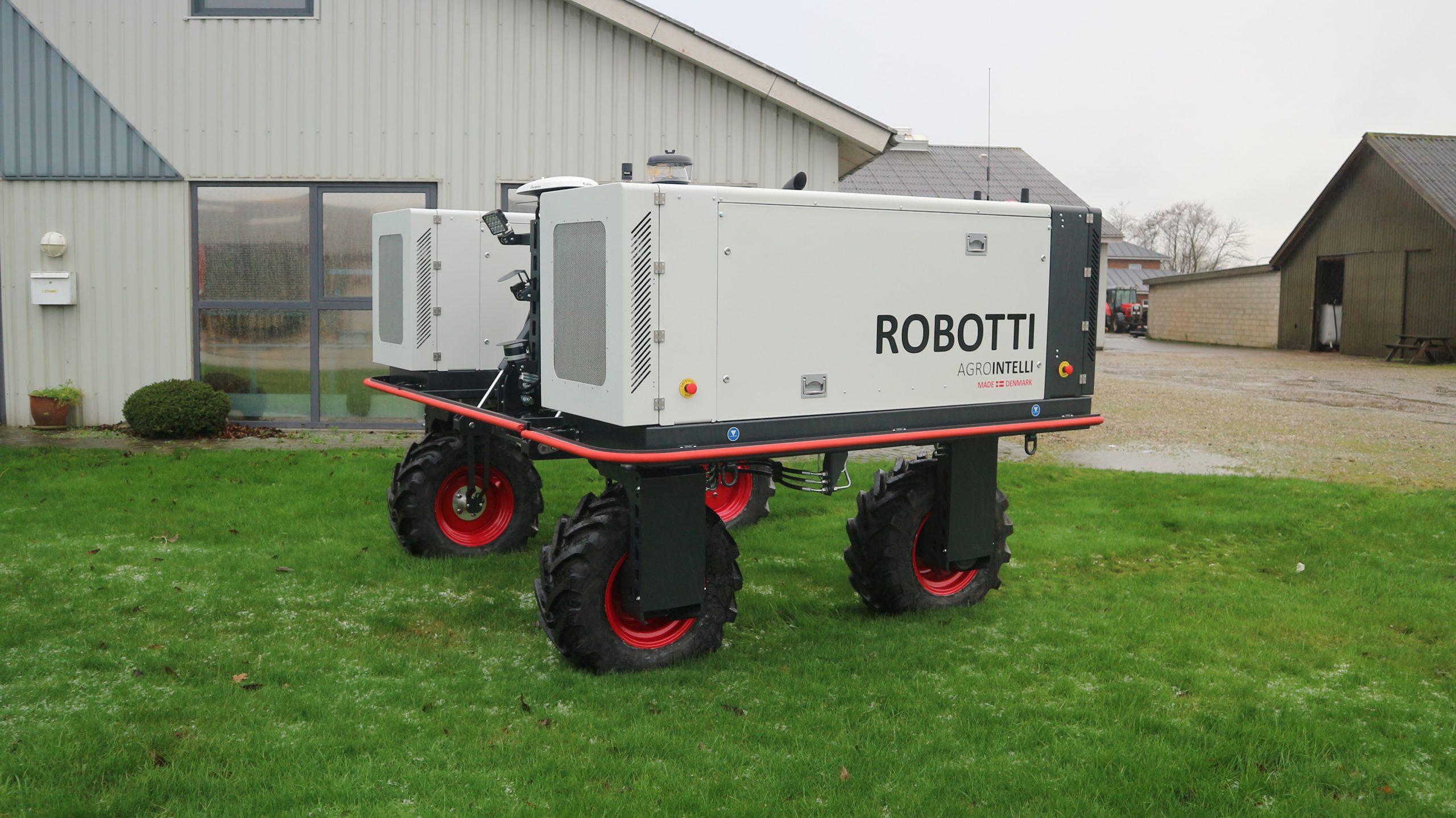 December 7th, 2021 – ROBOTTI LR, the new robot of AGROINTELLI, is a single engine version, utilising space in the modules for a diesel tank of 300 l capacity. It allows the robot to operate up to 60 hours nonstop before refuelling.

ROBOTTI is an autonomous implement carrier, automating tasks in agriculture and horticulture. It is one of the most advanced agricultural robots in the world. Diesel-powered, with a three-point hitch, it can be fitted with standard farm implements to perform different field tasks throughout the season. ROBOTTI weighs less than 3.000 kg, minimising the risk of soil compaction in favour of yields. It works autonomously, which significantly reduces the number of man-hours spent in the field. ROBOTTI is able to make a “zero-turn”– it means that it spins around a stationary point, enabling it to turn in narrow headlands and increasing the utilisation of the field. It is especially an advantage in bed systems where headlands are usually not farmed.

ROBOTTI has a sim card and is constantly connected to GSM network. It is autonomously controlled by a computer that makes optimised route planning according to the users’ inputs. All data is cloud-based, and the robot downloads and uploads information during work. ROBOTTI navigates precisely with RTK-GPS technology that has an accuracy of +/- 2 cm, as known from tractors. Furthermore, the user is able to follow ROBOTTI’s physical position, status about the task and live surveillance via the ROBOTTI web page.

While ROBOTTI 150D remains part of the company’s portfolio, ROBOTTI LR is enriching it, as it meets different needs. For more power intensive operations, requiring PTO, 150D is the correct choice. ROBOTTI LR was developed to meet the requirements of operating with standard implements for a very long time without the need of refuelling, thanks to its enlarged diesel tank. The ROBOTTI 150D has two motors and one motor is operating the PTO exclusively, which is why ROBOTTI LR is as powerful in non-PTO demanding operations, with a lift capacity of 1250 kg.

“ROBOTTI LR is the product of many operational hours in the field and customers’ feedback throughout the years. We have seen that farmers are requiring larger lift capacity, longer range between refuelling, higher on-wheel torque and higher hydraulics capacity. All these inputs have been the base for the development of ROBOTTI LR and I am thrilled to see the result. I am looking very much forward to have ROBOTTI LR working in the fields for the coming season.”

Despite the Covid-19 crisis, which hit AGROINTELLI and most of its potential customers, the company has gotten back on track during 2021. It is visible both in sales, but also in a range of new dealership agreements around the world. Some of them are already announced: Denmark, Germany, Hungary, Romania and Serbia and more are expected to be announced in the coming weeks. It adds up to the already existing dealers, who started collaboration with AGROINTELLI in previous years. Now, with ROBOTTI LR in the portfolio, the company expects even better results in the future.

“We are establishing strong representation in different markets. It is important, as seeing ROBOTTI operating in a real-life environment is crucial for new customers. ROBOTTI LR brings new light on what our robot already can do. With its improved capacity and new features, I expect LR to be our most sold robot in 2022,” said Jakob Møhl Bebe, Chief Commercial Officer.