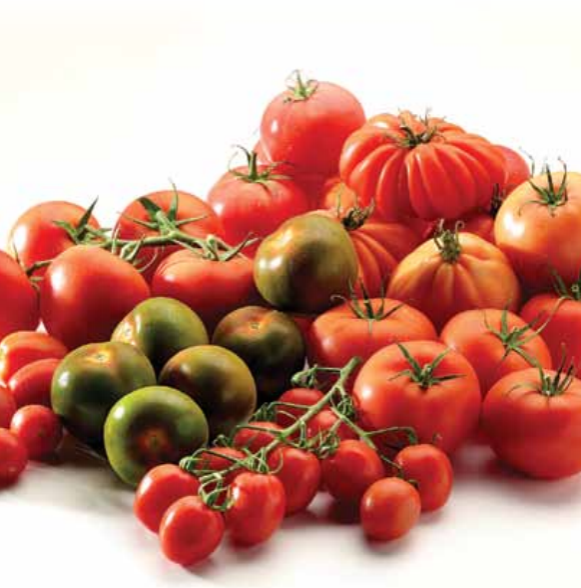 With an increase of 20% over the last decade and growth of 3.3% in 2015, Belgian firms have managed to increase their tomato export volumes considerably. This is good news for a country where 70% of all tomatoes produced are exported. In 2015 a record high of 236,497 tons of fresh tomatoes were exported (source Eurostat figures via Vlam). Lava (cooperative of all Belgian fruit and vegetable auctions) reports that the main exporting partners are France, Germany, the Netherlands, the UK and the Czech Republic. Exports to France and the Netherlands have shown an increase over the last 4 years, whereas sales to Germany – although still a considerable partner – and the Czech Republic have slumped, while Belgian tomato exports to the UK have remained stable. Belgian tomato production takes place in Flanders, where some 250 growers produced 268 million kg on 500 hectares in 2015. Roughly half of the production is on the vine (47%) and the other half are loose tomatoes (53%), said Raf De Blaiser of LAVA at the international conference on ‘Tomatoes, trends towards 2020’ held in April 2016 in Antwerp. Volume-wise, both categories are growing, but vine tomatoes have shown a steeper rise since 2007 than loose tomatoes.

Specialties on the rise, with 20% of acreage

It is evident that in both categories -loose and vine- the specialities are becoming increasingly important. Whereas in 2005 the area used to produce speciality tomatoes was less than 10 hectares, in 2016 almost the entire 110 hectares, over 20% of the total acreage, are used for tomato growing. Specifically, since 2011 the acreage used for specialities has shown a steep growth curve. At the same time, a considerable decline in the production of beef tomatoes is visible. In 2005 some 150 hectares were reserved for this product, but in 2016 only 60 hectares are left. LAVA reports that on 70 hectares (15% of the total acreage) tomatoes are produced under controlled lighting conditions. The production technique provides an earlier harvest, a better spread of the total production and local produce in the winter. As for loose tomatoes, 49% are of the intermediate type, 23% beef tomatoes, 5% plum and 23% specialties. For tomatoes on the vine, 50% are in the ‘medium/large’ size range, 22% are medium-sized, while cocktail and plum tomatoes account for 4% and 3%, respectively, and 21% are speciality vine tomatoes. Speciality tomatoes include Coeur de boeuf, cherry plum tomatoes both on the vine and loose, intense tomatoes, yellow and pink tomatoes or Kumatos to name but a few.

Belgian tomatoes are sold either via the auction clock or through long-term sales to wholesalers and retailers, mostly into the EU. The auctions created a system where the auction clock of all LAVA auctions is operated simultaneously. The Flandria label plays a prominent role in marketing Belgian fresh produce and the Flandria quality seal guarantees tomatoes of the highest quality, sustainably grown by family companies. The Flandria segmentation for tomatoes was introduced in 1996 and includes variety trials as well as quality control through the measurement of a series of criteria including size, colour, taste and firmness, to name but a few. These criteria are applied in a knockout system in the event of an insufficient score.