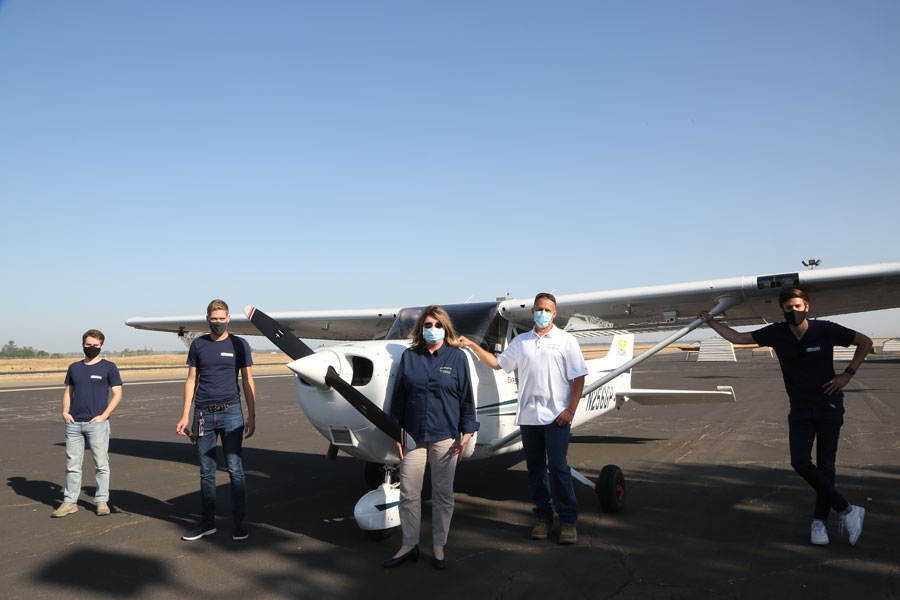 A project between The Giumarra Companies and Reliable Robotics Corporation to deliver fresh produce using autonomous aircrafts has been launched in California. The test flight programme, created to help address supply chain and delivery challenges within the fresh produce industry, had its successful inaugural flight on August 7.

Tim Riley, president of the Giumarra Companies, said, “To call this project ground-breaking is an understatement. We believe autonomous aircraft will transform the future of the fresh produce industry. This test proved that the technology is viable and will evolve the way we bring products to market by enabling us to deliver fresher, riper fruit anywhere in the country, including remote food deserts, at speeds never before seen.”

An automated Cessna 172 Skyhawk, with an engineer and pilot on board for safety assurance, completed a 200-mile journey from Reedley Municipal Airport to Whiteman Airport in Los Angeles. Giumarra previously announced an air freight shipment, completed in partnership with Reliable Robotics on Aug. 7, to deliver peaches grown in the San Joaquin Valley to Southern California grocery retail via a pilot-operated Cessna 208.