Add
Company news
As part of its general assembly on June 16 in Trento, Italy, AREFLH is organizing a public conference on the impacts of the geopolitical crisis on the European fruit and vegetable sector.
Thu 26/05/2022 by AREFLH 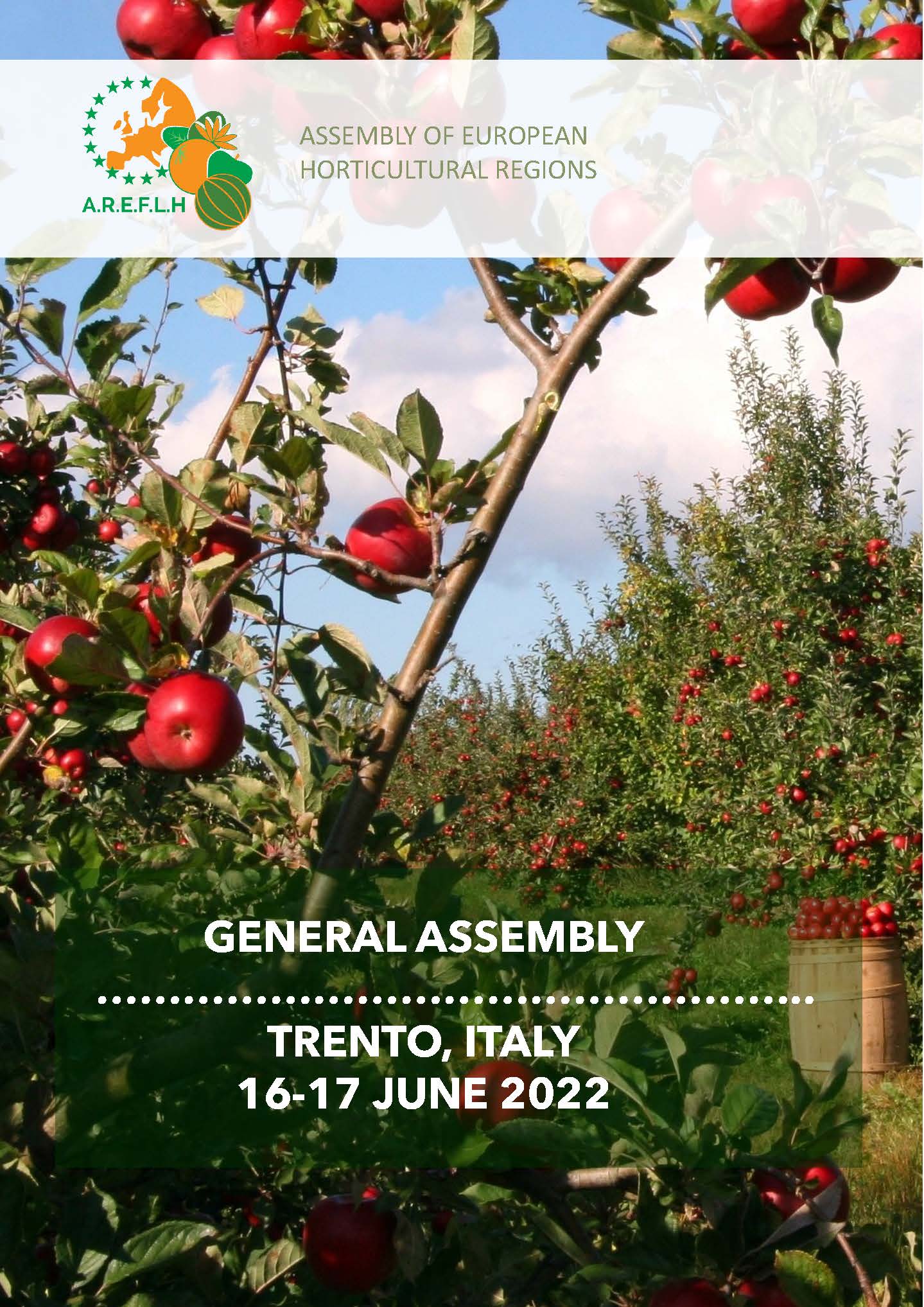 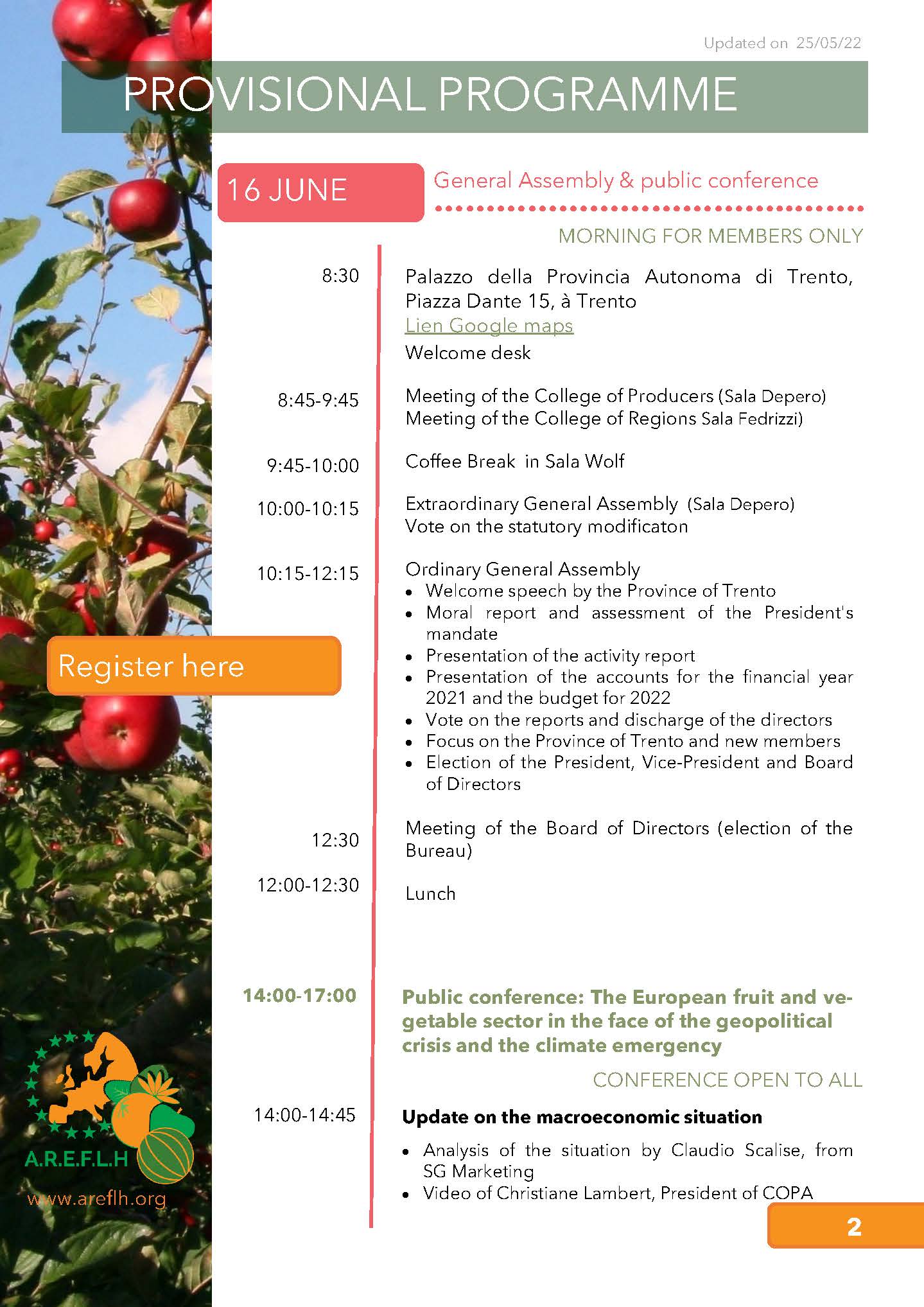 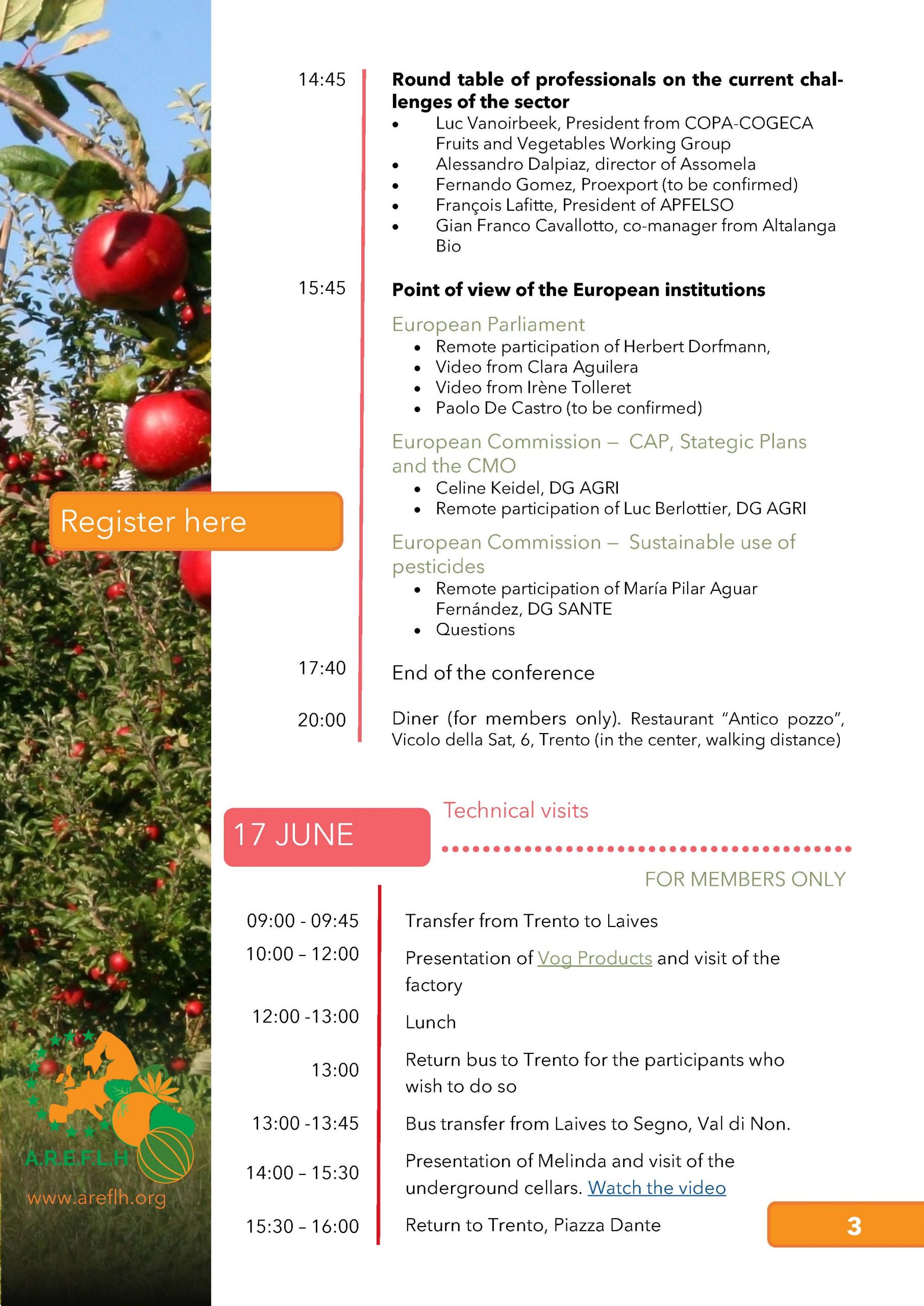 For more than 20 years, AREFLH (the Assembly of European Horticultural Regions) has actively defended the economic and social interests of regions and producers to the European institutions. Each year the General Assembly and its associated conference are held in a member region; this year the event will be hosted by the Autonomous Province of Trento, in partnership with Assomela, also a member of AREFLH, and Interpoma.

The conference will be organized around two blocks of interventions. In the first part, Claudio Scalise (SG Marketing) will analyze the current macroeconomic situation, followed by an intervention by Christiane Lambert, President of COPA. A round table composed of professional representatives will then illustrate the challenges facing the European fruit and vegetable sector.

In a second part, the floor will be given to the EU institutions (Commission and European Parliament) to comment on the consequences of the geopolitical crisis and to take stock of the European measures approved this year and the ones to come, whose goal are to relieve and strengthen the agricultural sector and in particular fruits and vegetables. Seven representatives from the Parliament – among which Herbert Dorfman, and from the European Commission (DG AGRI and DG SANTE) have already confirmed their participation.

With the implementation of the CAP National Strategic Plans and the new fruit and vegetable CMO, this event will also be an opportunity to discuss the transition period, and the new directive on the sustainable use of pesticides that María Pilar Aguar Fernández (DG SANTE) will present in remote connection.

The conference is free and open to all (registration is mandatory though). The program is available on the website www.areflh.org

The AREFLH network of regions and producers is growing

AREFLH network of regions and POs/APOs continues to expand; Simona Caselli, president of AREFLH, commented: “the fruit and vegetable sector trusts us. We currently represent 16 regions and 37 POs/APOs from 10 European countries. We welcome more and more members who strengthen our coalition. The year has been intense and we are mobilized on all the important issues. The challenges are many, but together we can go further.”