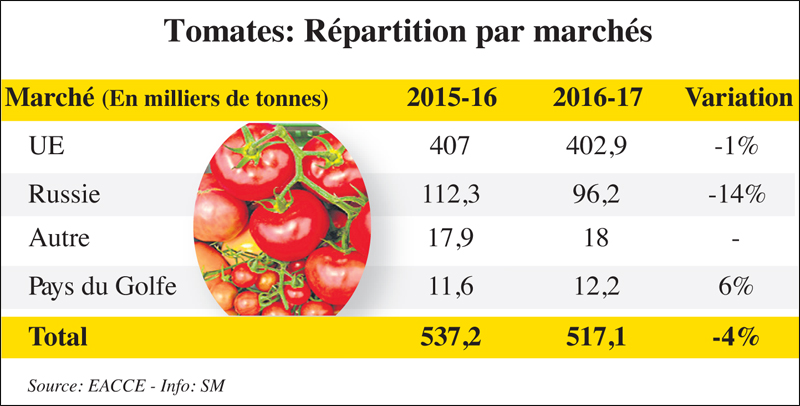 Exports of Moroccan tomatoes for this season are behind last year´s levels. So far, a total of 517,000 tons of tomatoes (all varieties combined) have been exported this year – 4% lower than the 2015-2016 season. This decline is mainly due to lower shipments to EU markets, with just under 403,000 tons exported there, according to data from the Autonomous Export Control and Coordination Establishment. EU statistics put the figure even lower, at 374,500 tons. A similar fall has been experienced by Spanish exporters, who have seen a 12% drop in volumes. In contrast, Turkey has increased its tomato exports to the EU by 70% to 100,000 tons, mainly due to the Russian embargo its producers faced.