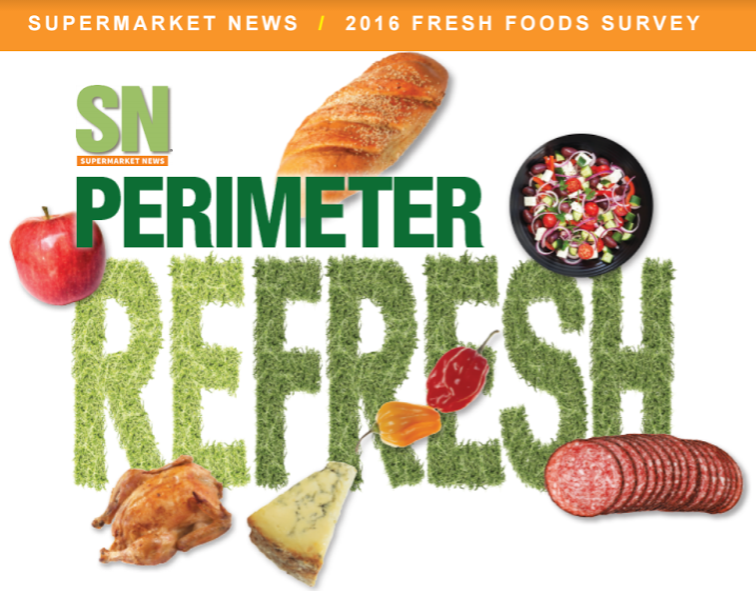 The growing popularity of meal kit providers is something America’s supermarkets need to keep an eye on. Companies such as Hello Fresh and Blue Apron are effectively nabbing sales from retailers in the United States, warns Liz Webber from Supermarket News.

Speaking at this year’s United Fresh Show, Webber said other emerging trends to watch in the retail of fresh food are the use of private labels to market produce, the offering of free produce for kids, the merchandising of ‘ugly’ produce, and cut and processed food.

Webber, senior digital manager for what is one of America’s leading food distribution trade magazines, also shared results of its 2nd annual Fresh Foods Survey. Based on 161 industry responses in March and April this year, it provides one of the most up-to-date pictures of fresh foods in America’s retail environment.

In a session titled “Fresh Foods: The Retail Revolution” at the show – held in Chicago in June – Webber said the survey showed the sector sees quality and freshness as the top priority for fresh produce consumers.

The survey also shows fresh produce sales are on the rise in the retail environment. Nearly three-quarters of respondents said turnover in their perimeter categories – fresh produce, meat, deli, bakery, dairy and seafood – had increased in the last 12 months while about 22% said it had remained the same and 5% reported a decline.
There is also optimism going forward, with three-quarters of the retailers saying they expect perimeter department sales to increase in the next 12 months, while 21% anticipate no change and just 3.8% a decrease.

When it comes to the amount of space they devote to fresh foods, about 43% of the respondents said that compared to last year their fresh food departments have grown, while just over half said they had maintained the same amount of space and 4.5% reported less space.

The survey shows the majority (76.1%) of supermarkets in the US now have a deli counter offering prepared foods. Webber said key trends in the deli sections are the offering of food that is healthy or that consumers can heat and eat.

In response to a question about what prepared foods offerings their stores currently have, the retailers also indicated self-service bars (52.2%), fast casual stations (44.8%) and full service restaurants (7.5%), while 9.0% reported having none of these.

As for who they see as their biggest competitors in the sale of prepared foods, nearly 38% of the retailers polled said their main rivals are fast casual restaurants such as the Chipotle Mexican Grill chain, 21% said quick service restaurant such as McDonald’s and 13.6% listed natural/organic retailers.

What Shoppers Want From Fresh