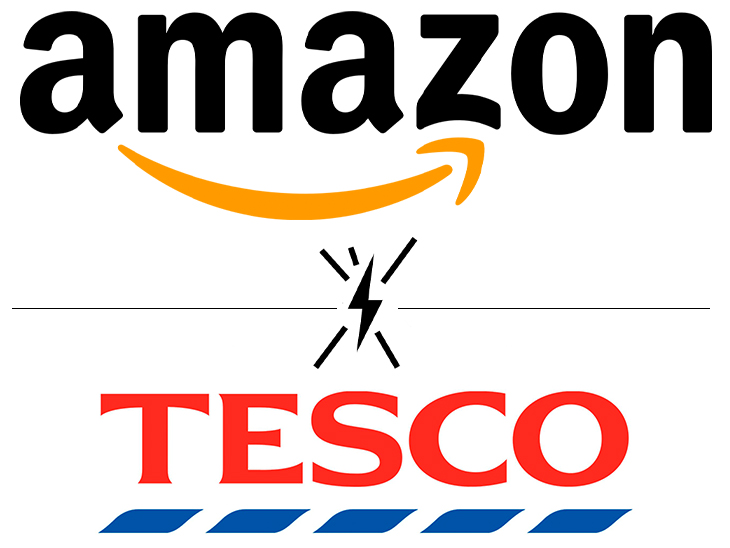 Amazon is projected to surpass Tesco as the UK’s top retailer within the next four years, according to a new report released by Edge Retail Insight. Though Tesco’s current sales are nearly double that of Amazon’s (£64bn vs £36.3bn in 2020), the latter is quickly gaining ground. The researchers said that by 2025 Amazon’s sales will hit £77.1bn, bettering Tesco’s by 3.5%, or £76.1bn.

Deren Baker, CEO at Edge by Ascential, said: “The UK is one of the largest retail markets in Europe, and a key market for many brands around the world. Our data shows that e-commerce is expected to grow in the UK over the next few years, and this will be driven by digital marketplace giants like Amazon, and omnichannel marketplace giants like Tesco. Over the past year, Amazon has grown its online retail footprint in the UK and expanded into the high street, with the launch of three Amazon Fresh shops in London.”

Nevertheless, in the fresh category, Amazon remains some way behind Tesco. Though it saw a 17.6% growth in sales of fruits, vegetables and other foods because of the pandemic, it remains lower as a go-to grocery option for consumers.

According to Edge, the lean to online will not go away even after the pandemic subsides. Around a third of all sales are expected to happen virtually, a boost of some 8% from current figures and bettering all other buying options. In fact, Edge says, online is expected to hit £176.2bn in five years, which would be more than £70bn in growth. Aside from the sharp gains from Amazon, retailers such as Tesco, Sainsbury’s and Asda all have enjoyed the online boon. Tesco reported that online sales increased 77% during the pandemic as it doubled capacity.