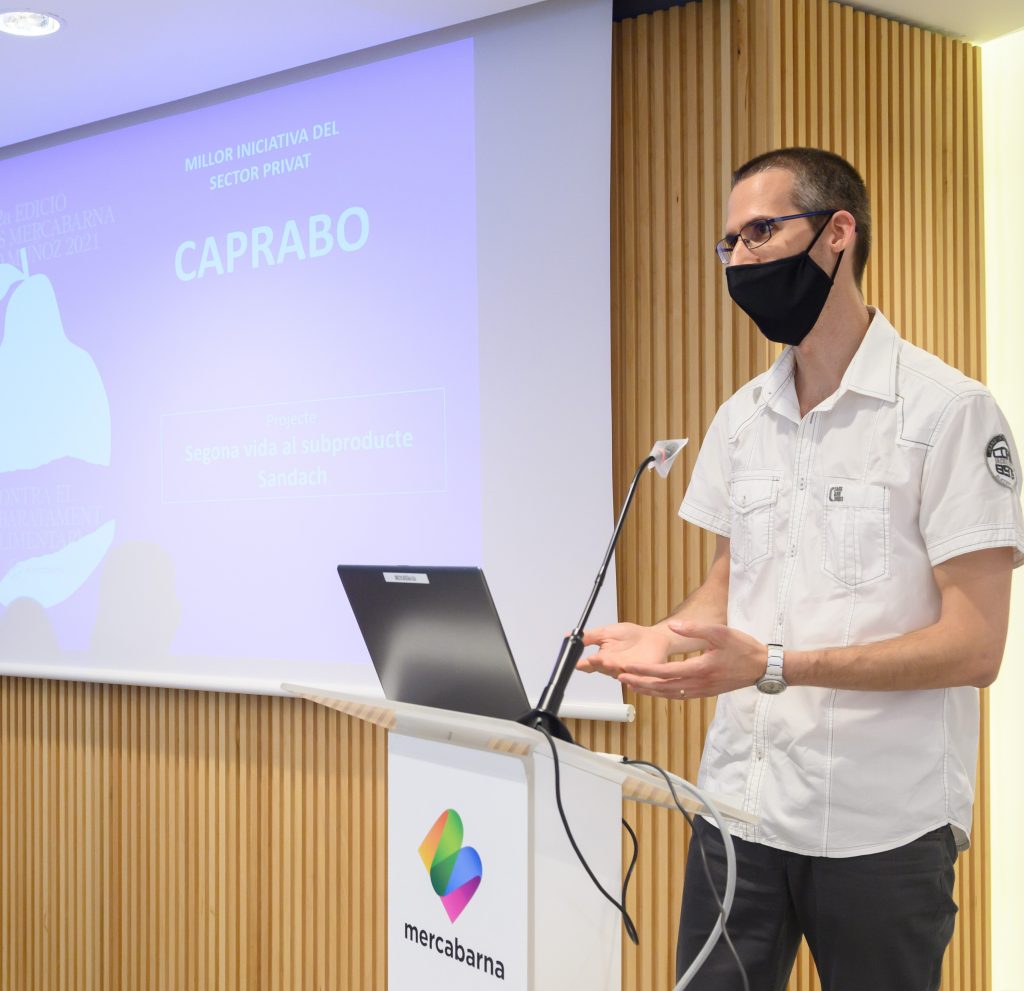 Héctor Piñel and Gabriel Tapia, both from Logística de Caprabo, and Cristina Madrilley, from RSC de Caprabo, attended the award ceremony to receive the award on behalf of the company. 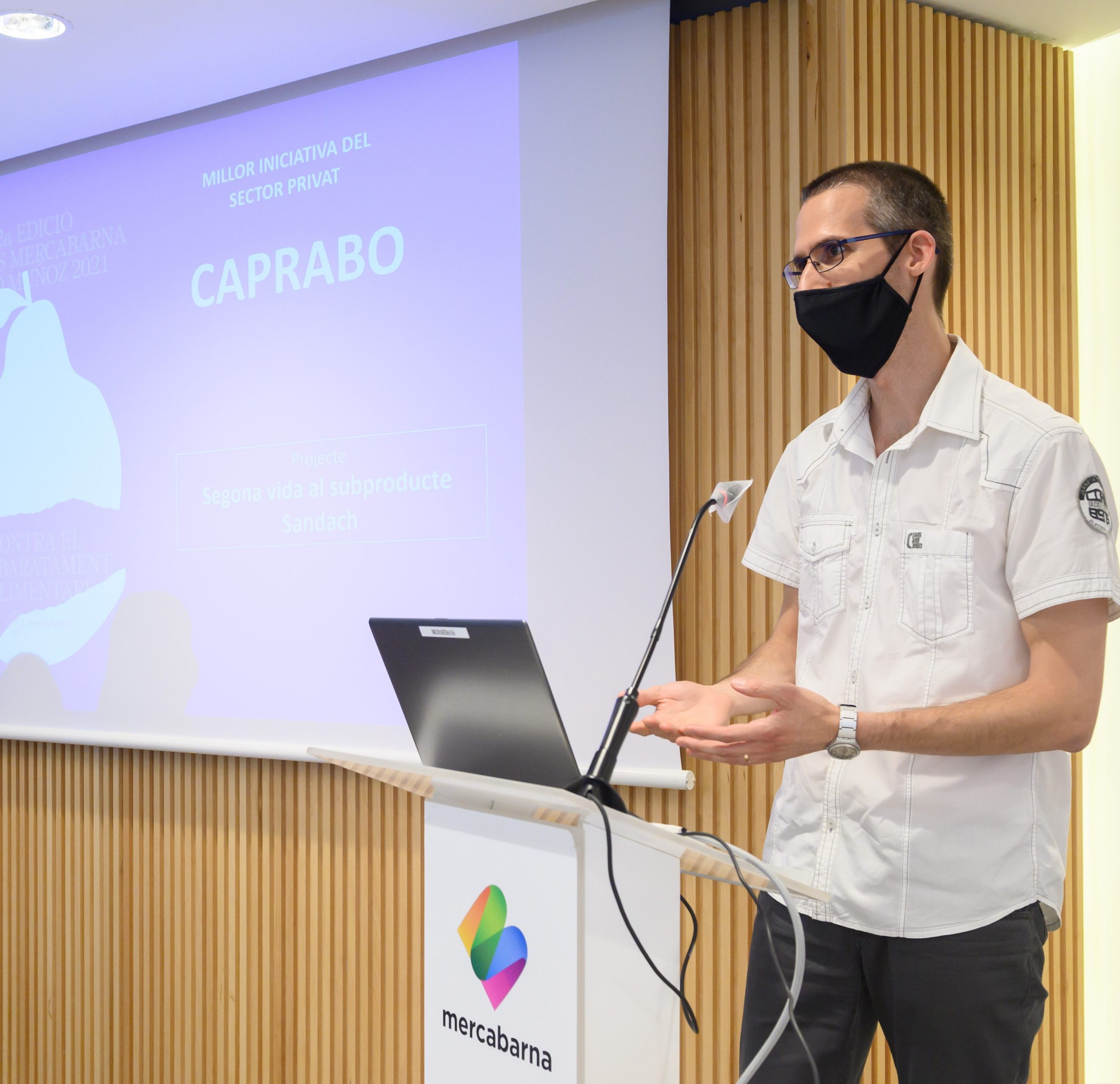 Héctor Piñel and Gabriel Tapia, both from Logística de Caprabo, and Cristina Madrilley, from RSC de Caprabo, attended the award ceremony to receive the award on behalf of the company.

The winner in the private sector was Catalonia-based supermarket Caprabo for its project to minimise animal waste by collecting organic matter, such as meat and fish, that has passed its use-by date, and recycle it to obtain animal feed, soaps and biogas. The retailer said that since launching the scheme in May, it had saved 32.9 tons of CO2 emissions.

The start-up prize went to the Too Good To Go initiative, developed “with the aim of inspiring and empowering people to avoid food waste.” It works by allowing users to connect with producers, restaurants, supermarkets, greengrocer and other food providers through a mobile app and buy their daily surplus of food at a reduced price. Described as a win-win initiative, it allows businesses to cut food waste and minimise their financial losses and gives users the opportunity to buy high quality food at a lower price, while also benefiting the environment. The app was launched in Copenhagen in 2016 and currently operates in 14 countries. Since being rolled out in Spain in 2018 it has attracted 3m users and 9,000 affiliated establishments, saving an estimated 3,000 tonnes of food and 7,000 tons of CO2.

Finally, the award for the best initiative in the third sector went to Nutrición Sin Fronteras, a food sharing programme that has been operating in Catalonia since 2012. Through a network of 81 collaborating restaurants and hotels, the program has distributed more than 355,000kg of leftover cooked food to vulnerable groups, and saved 1,350 tons of CO2.

Presenting the awards, Mercabarna’s general director, Jordi Valls, said: “Until recently, the purpose of Mercabarna was to guarantee the supply of food to citizens of Catalonia. Now we have the same commitment, but with zero impact on the environment.”