Add
AECOC, one of Spain’s largest business organisations with over 32,000 associates, brought together more than 600 professionals in Valencia
Mon 19/09/2022 by Gloria Zorrilla 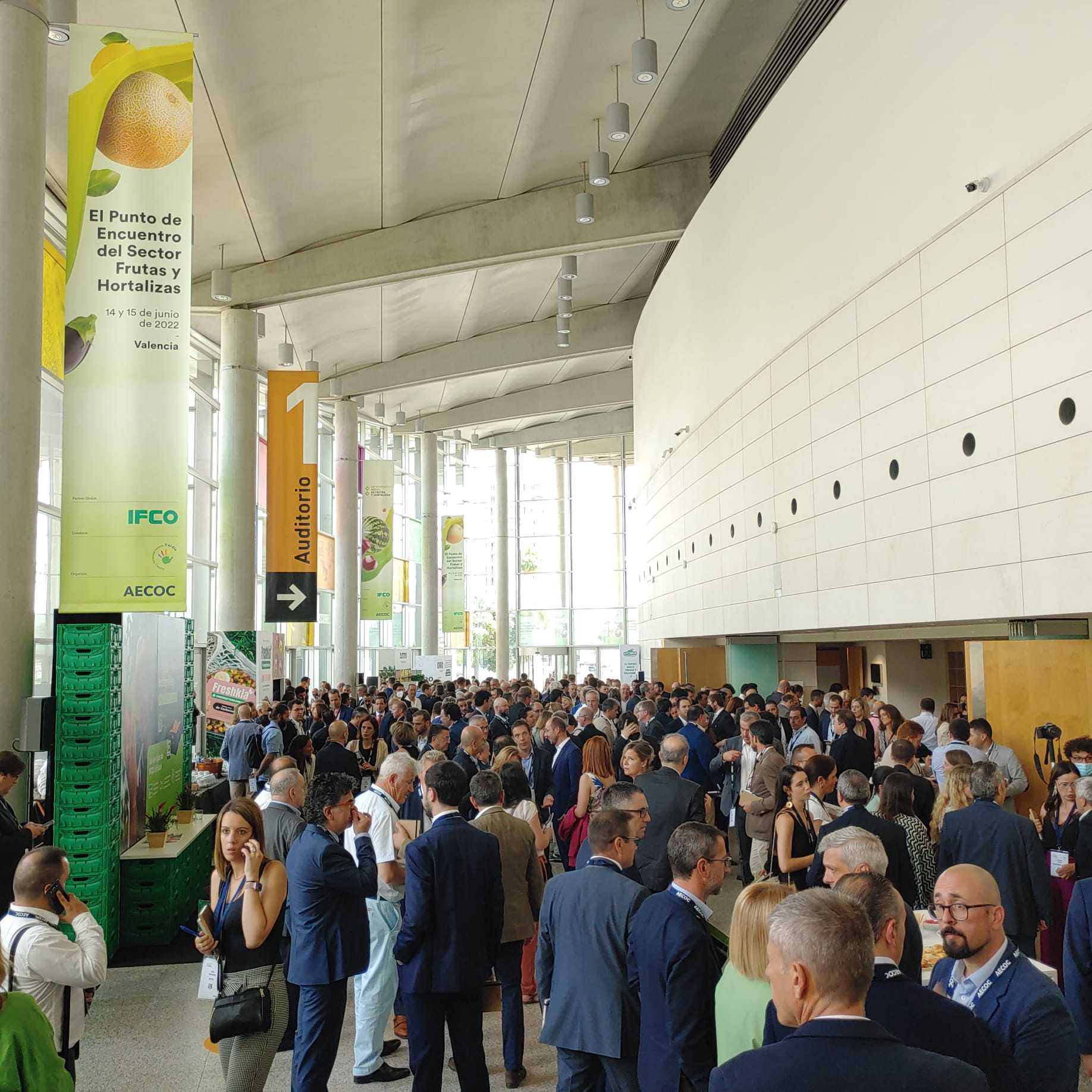 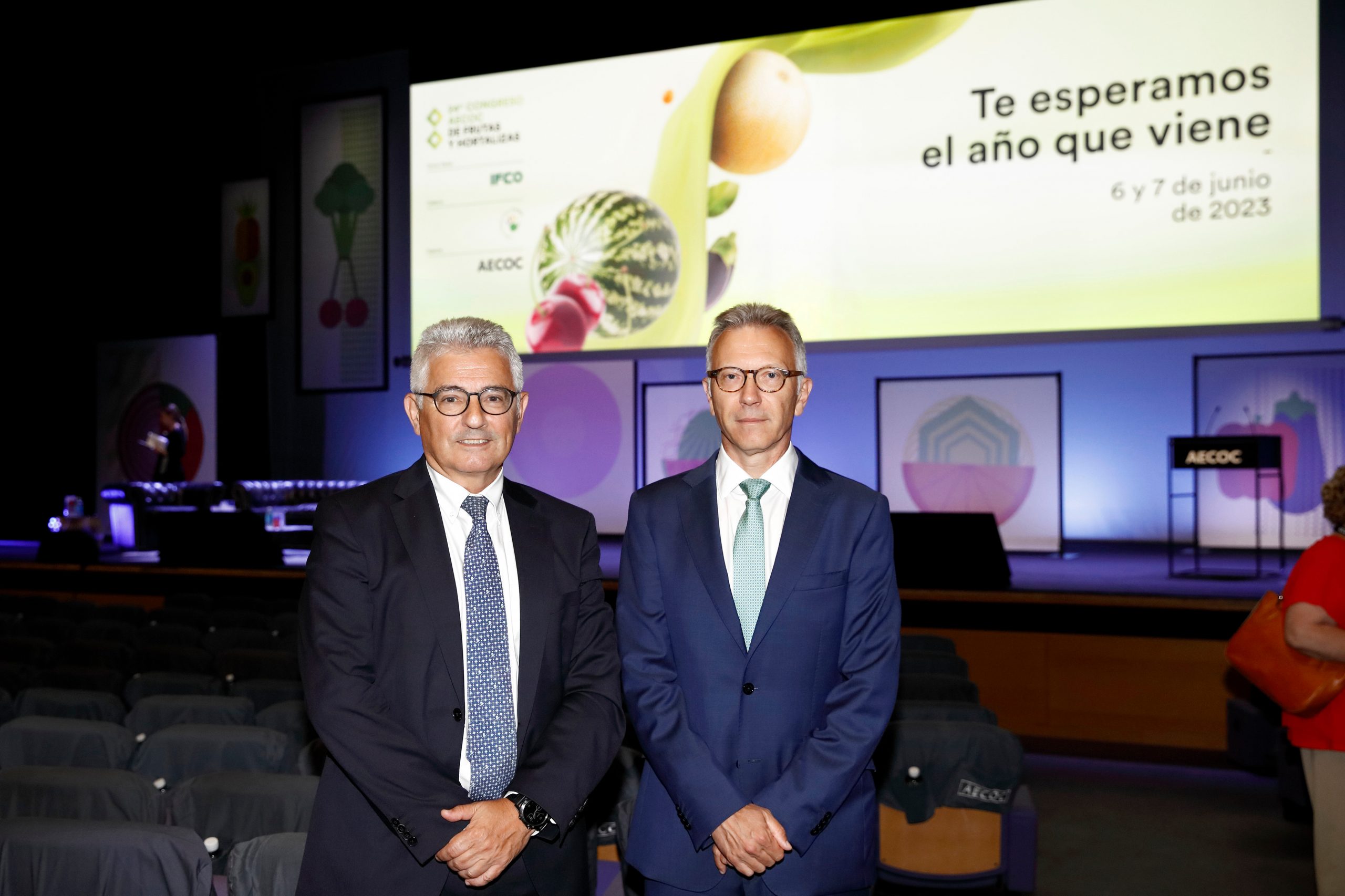 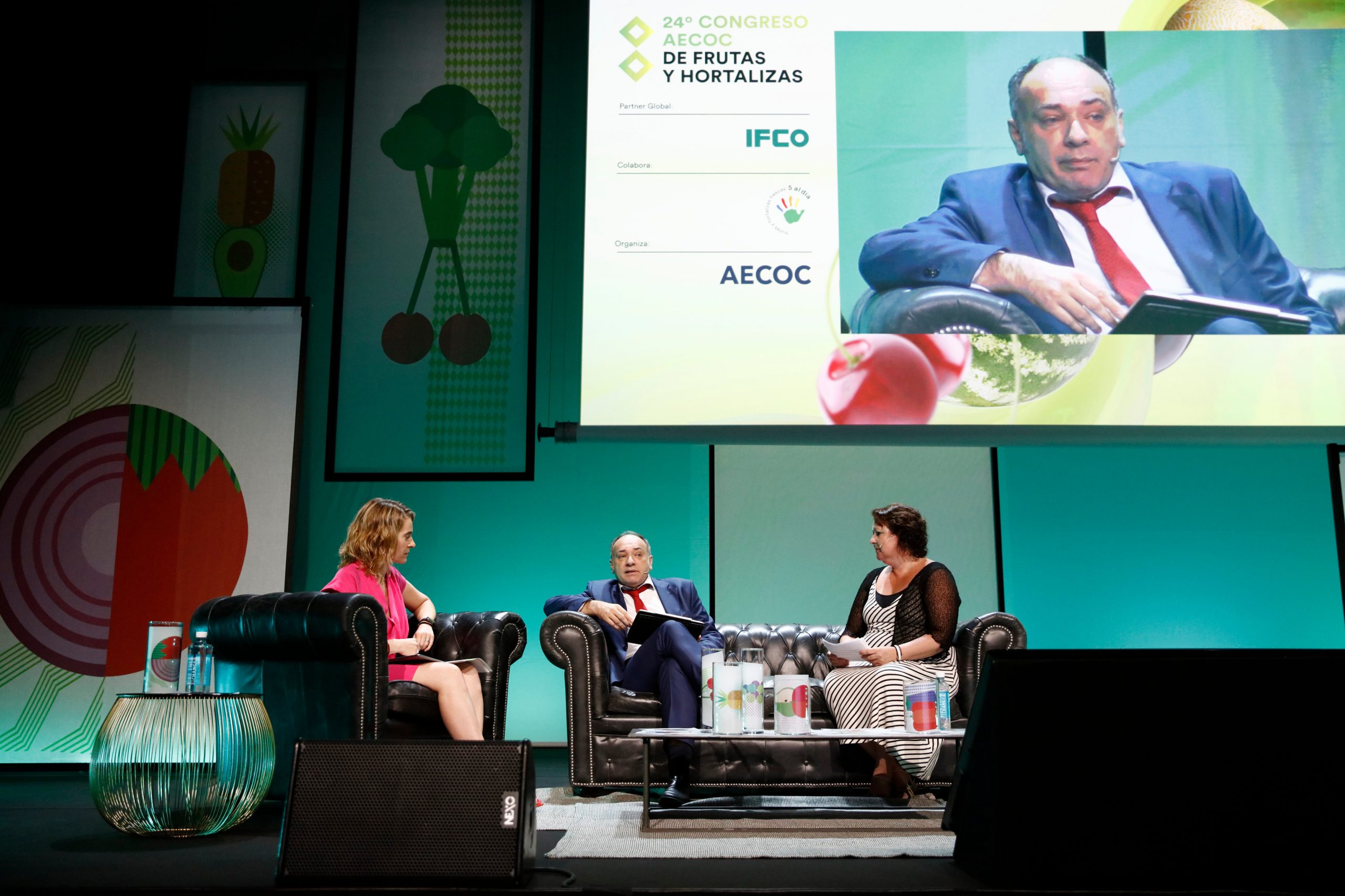 According to data presented by consulting firm NielsenIQ at the 24th AECOC Fruit and Vegetable Congress (June 14-15), held in Valencia, Spain, the value of fruit and vegetable sales grew by 3.5% in the first four months of 2022, compared to the same period in 2021. The growth is driven by the increase in fruit prices (6.4%), while revenue from vegetable sales has remained practically unchanged (+0.3%).

The report highlights that hypermarkets and supermarkets have increased their market share by 2.1%, now accounting for 70% of all fruit and vegetable sales, while the online channel remains flat, with a share of 1%, and traditional greengrocers represent 29% of sales.

“A country will be rich if it has a large capacity for food production, as is the case with Spain. In the scenario that is being drawn, the new oil will be food,” said José Miguel Herrero, general director for the food industry department of the Ministry of Agriculture, Fisheries and Food.

Fruit is now a fashion product

“fruits and vegetables are in fashion and the percentage of Spaniards who declare themselves vegan, vegetarian or flexitarian went from 8% in 2017 to 13% in 2021.”

José María Bonmatí, general director of AECOC, lamented the recent Food Waste Prevention Law as being “committed to restrictive laws, rather than to incentives, which conveys the idea that companies should work to avoid food waste in order not to be fined, when they have been leading initiatives in this sense for years because they are committed to sustainability and because it is their responsibility”. By contrast, Herrero considers that the regulation sets “minimum obligations to give value to food” and foresees that it will enter into force in January 2023.

In the round table discussion between distributors, José Antonio García, F&V purchasing executive at Consum, said:

“All the innovation in our sector is taking place in the development of convenience range products.”

“Convenience products facilitate consumption and provide consumers with time, which is so highly valued.”

Next year’s AECOC Congress will be held June 6-8 in Valencia.