Antwerp, the second-largest port in Europe, and Guangzhou, number 8 in the world, are to collaborate more closely under a twinning agreement signed on December 10 in the Chinese port […]
Mon 14/12/2015 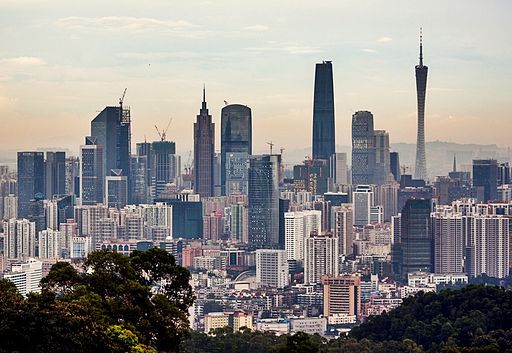 Antwerp, the second-largest port in Europe, and Guangzhou, number 8 in the world, are to collaborate more closely under a twinning agreement signed on December 10 in the Chinese port city.

The two cities had already had a close relationship as under an agreement signed in 2010 between Guangzhou and the Port of Antwerp training centre APEC, various groups of shipping professionals from the Guangzhou port  have attended tailor-made courses at APEC. The twinning agreement will take the relationship between the ports to a new level and, among other things, include commercial collaboration.

For instance, there are currently two shipping services between North-West Europe and China calling at Guangzhou and Antwerp. “By developing a joint marketing approach the respective port authorities aim to get both ports included in several more loops,” the Port of Antwerp said in a press release.

Also, in collaboration with APEC and three other partners, a joint training institute under the name of Guangzhou-Antwerp Port Training & Consultancy Co. Ltd will be set up to offer courses in port operations for professionals from Asia, Africa and Latin America.

Other action points in the twinning agreement include the exchange of information on port development and best practices for sustainable enterprise in a port environment.

The Port of Antwerp said the twinning agreement also dovetails perfectly with the ‘One Belt One Road’ philosophy announced by China in 2013 which aims to improve connections between the main Chinese industrial cities and trade centres elsewhere in Asia, the Middle East and Europe.

It also said there are strong similarities between the ports of Antwerp and Guangzhou, both of which are located quite a long distance inland and multifunctional ports with excellent trimodal connections with a rich hinterland.

With an annual freight volume of 510 million tons including 16.63 million TEU, Guangzhou is one of the main container ports in China, acting mainly for transshipment of fuel stuffs, raw materials and commercial goods.

Image of Guangzhou skyline by jo.sau (Flickr) [CC BY 2.0 (http://creativecommons.org/licenses/by/2.0)], via Wikimedia Commons

Category: Uncategorized
Tags: China, Logistics, Port of Antwerp, Port of Guangzhou. twinning agreements, Shipping
We use cookies on our website to give you the most relevant experience by remembering your preferences and repeat visits. By clicking “Accept All”, you consent to the use of ALL the cookies. However, you may visit "Cookie Settings" to provide a controlled consent.
Cookie SettingsAccept All
Manage consent