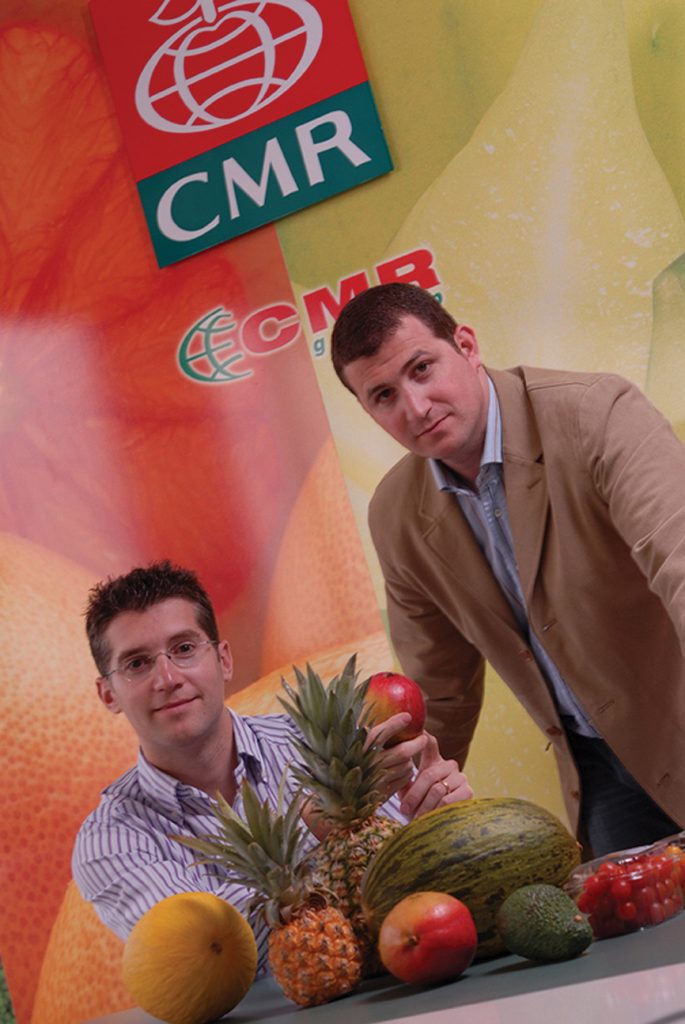 Moving to a state-of-the-art logistic platform in early 2011 at the height of the financial crisis was a bold move that has paid off for international fruit and vegetable distributor CMR Group.
Its platform adjoining Mercabarna was pivotal in the group’s 15 percent growth last year to a turnover of €120 million.  Import-Export manager Carles Martí Inglada said increased capacity had been a key benefit. The 9,000 m2 facility handles more than 220 types of products. Bananas were one of CMR’s top six fruits sold last year, along with grapes, melon, oranges, avocados and kiwis.
Cutting-edge, controlled atmosphere cold stores, freezing rooms and ripening chambers, an ethylene removal system and a quality control laboratory help optimize fruit condition while solar panels and rainwater storage reduce electricity and water costs.  Martí said achieving further growth in 2014 won’t be easy due to last year’s late frosts in Chile, which will probably shrink supply of fruit such as kiwis, apples, prunes and other stone fruit. Chile joins Peru, South Africa, Brazil and Argentina as CMR’s main off-season suppliers.  The group imports from more than 40 countries and exports throughout Europe and to North Africa. Half of its produce comes into Spanish ports, and the other half at CMR’s Rotterdam hub.  Martí said strong sales service combined with good relations with its suppliers is one of the ‘secrets’ to the fifth-generation company’s success, allowing it to maintain exclusivity and continuity deals and often be among the first with specialty produce such as the Brazilian melon, South African grape, Australian mango or Chilean cherry. CMR Group holds regular tastings to teach clients the organoleptic properties of marketed products. While elsewhere in Europe supermarket chains have greatly eroded the retail share of small greengrocers, these neighbourhood stores still thrive in Spain, something Martí sees as an advantage. “It gives us a broader client spread and more possibilities.” Martí said the fruit and vegetable sector had been one of those least affected by the euro crisis and, given it involves staples closely linked to the health and well-being of consumers, he sees expansion ahead in sales. “Our ethos is to sell well, to deliver a good final product to our clients and keep them happy, and in that way keep earning the faith of our suppliers, those who entrust CMR Group with the marketing of their produce.”

Category: Uncategorized
Tag: Markets
We use cookies on our website to give you the most relevant experience by remembering your preferences and repeat visits. By clicking “Accept All”, you consent to the use of ALL the cookies. However, you may visit "Cookie Settings" to provide a controlled consent.
Cookie SettingsAccept All
Manage consent