Photo: Metro Group Wholesale group Metro has said that its performance in key markets such as Germany, France and Italy was better than expected in the first quarter of the […]
Tue 16/02/2021 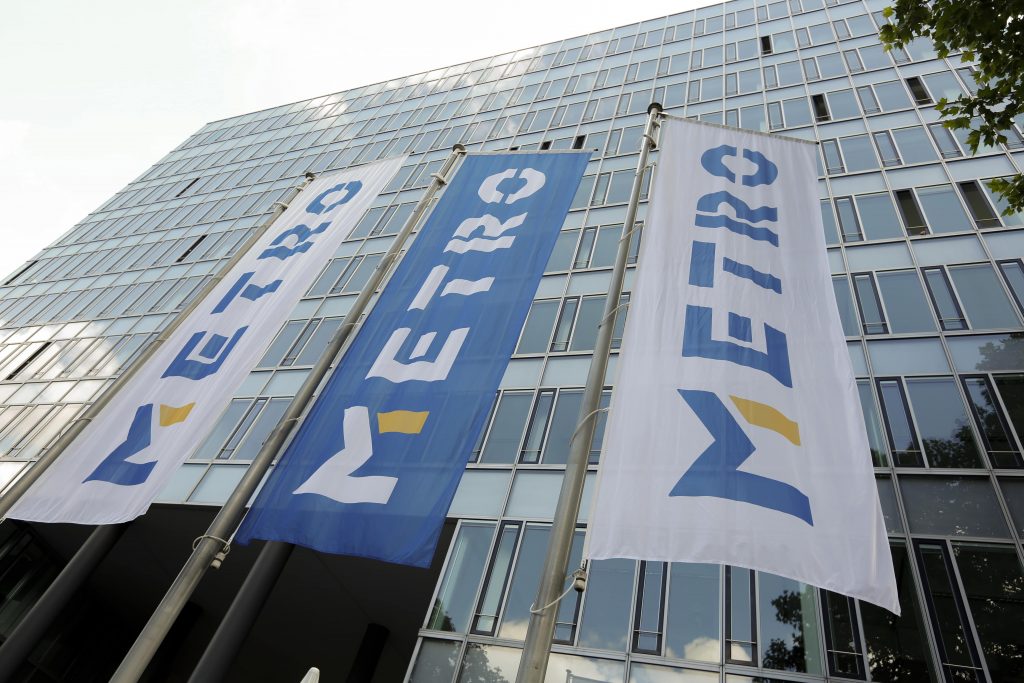 Wholesale group Metro has said that its performance in key markets such as Germany, France and Italy was better than expected in the first quarter of the financial year, despite the group posting a 11.2% sales decline in the period, reports ESM Magazine. Group sales came in at €6.3 billion for the quarter, which was down from the €7.5 billon Metro reported in the first quarter of last year, while adjusted EBITDA was down 23%.

The group said that it ‘performed better’ compared to the comparable ‘lockdown quarter’ of Q3 last year, in which sales were down 17.4%. It noted that Russia has now posted ‘substantial positive development’ for four quarters in a row, posting sales growth in local currency of 6.3% in the first quarter, however Western Europe, particularly Germany, ‘has felt the impact of the government measures re- lated to the COVID-19 pandemic particularly strongly’.

In Germany sales in local currency and in like-for-like terms declined 4.5%, while in Western Europe (excluding Germany), sales dropped by 23.7%.

In addition, COVID-19 measures and exchange rate developments (particularly in Russia and Turkey) contributed to the group’s decline in adjusted EBITDA.

Christian Baier, co-chairman and CFO, said: “As expected, our Q1 was impacted by the second COVID-19 wave. Metro was well prepared for it, so the declines were less pronounced than in the 1st wave. Our core markets, such as Germany, France and Italy are still developing above market level and our growth in Russia is proving sustainable. This confirms our assumptions and we are preparing for a return to normality in our business, even though COVID-19 will still impact our business in the coming months.”

Category: Uncategorized
Tags: 2020, Metro Group, Retail
We use cookies on our website to give you the most relevant experience by remembering your preferences and repeat visits. By clicking “Accept All”, you consent to the use of ALL the cookies. However, you may visit "Cookie Settings" to provide a controlled consent.
Cookie SettingsAccept All
Manage consent