The Melinda consortium, one of the biggest Italian apple producer organizations, aims to achieve 40 % export volume growth by 2017, in comparison to 2013, both by increasing exports to […]
Thu 13/02/2014 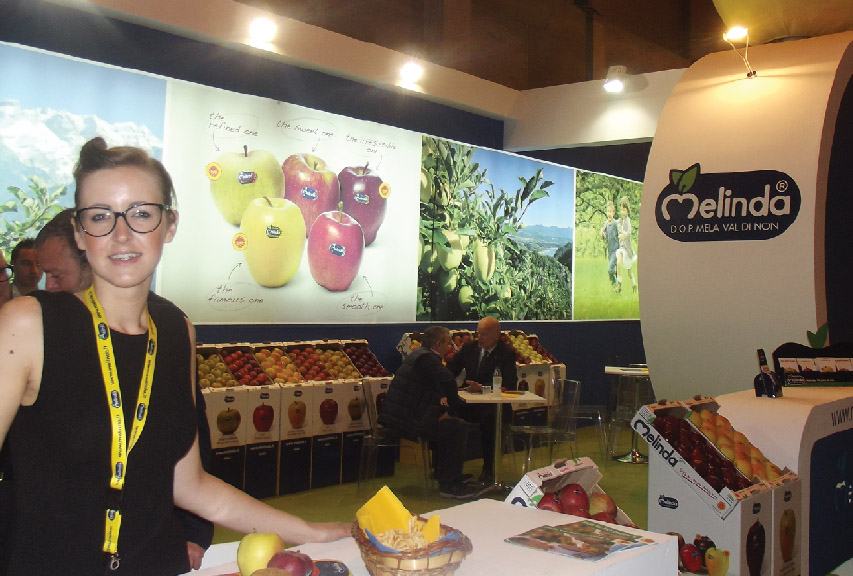 The Melinda consortium, one of the biggest Italian apple producer organizations, aims to achieve 40 % export volume growth by 2017, in comparison to 2013, both by increasing exports to existing destinations and by increasing the number of destinations, particularly outside the EU-28 area. Regarding the conditions in both its own production and the market in general, Melinda anticipates that its own export volumes will trend upwards over 2013/14.  Melinda will back its plans through a significant increase in the resources it devotes both to advertising and promotion in support of its importer partners’ direct selling activities and to generating demand among consumers.  In the course of the 2012/13 season, Melinda exported over 60,000 tonnes of apples to more than 40 countries.  European destinations still take two-thirds of the volume exported, but both African nations like Libya (up by 119.19%) and Middle Eastern countries (a 47.98% rise) are showing an excellent growth trend. Nevertheless, Melinda’s main export markets are still Spain (11.3% of total exports), Algeria (9.7%), Germany (9.7%), Libya (8.89%), Romania (7.68%), Denmark (7.5%) and the Middle East (7.3%).   As regards organic apples, Melinda’s 2013 crop is estimated at around 1,700 tonnes. Melinda – together with Assomela – has obtained EPD (Environmental Product Declaration) certification, and it shows that apples are the fruit with the lowest carbon footprint (370 g CO2/kg) and also have very low water and land use footprints ( (78 l/kg and 0,92 m2/kg respectively). In 2013, Melinda’s continuous commitment to increasing “true sustainability” also led to its launching a project called HYPOGEUM: the plan is to build a 50,000-tonne cold store equipped with DCA (Dynamic Controlled Atmosphere) inside a mountain between now and 2020. It will be the first facility in the world to store apples underground in a DCA. This project once again confirms Melinda’s strong commitment not only to building up its business but also to protecting the environment.