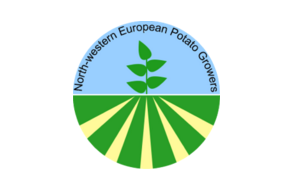 The estimate for the NEPG (North Western European Potato Growers) crop has been raised by 300,000 tons on that of early October and now stands at nearly 25.16 million tons of consumption potatoes. According to the NEPG, this reflects good growing conditions at the end of the season in fields that were not haulm killed or harvested. The Belgian crop in particular benefited from the last growth, mainly for varieties other than Bintje. Belgium now estimates its average yield at 51.2 to/ha compared with 47 to/ha at October 1 (brut, ex field).

At time of writing, the new French, British, German and Dutch figures were still two weeks away. Once received, the final NEPG harvest figures will be published. However, production is lower than last season and slightly under the 5-year average. The NEPG reported enormous differences in quality and quantity by area and variety throughout the NEPG countries, and said 2015 has been one of the latest harvest years, according to those countries. There was some concern among growers about the cooling down of the potatoes in the stores, given abnormally high outside temperatures in the NEPG, however the quality in store is good overall, it said.

Along with the ongoing increase in demand from processors, the export market for fresh potatoes could provide a boost for the upcoming season. Compared with last season, overall the EU has harvested 8 million tons less, so demand can be expected to become more acute in the following weeks or months. As the Bintje tubers are smaller and the dry matter is lower than average, the processing industry will need more raw material to produce the same quantity of finished products, the NEPG said.

The extremely low Euro has increased export opportunities for European processors, but as the North American crop was higher than last year, more worldwide competition is expected. As this year’s potato prices are more attractive than last year, the NEPG is watching for the effect on the market if sugar beet growers decide to plant more potatoes next spring. More plantings have to be based upon specific market demand and an reasonable return of investment, it said. A second update on the 2015 potato harvest was due in early December.

Category: Uncategorized
Tags: NEPG, potatoes
We use cookies on our website to give you the most relevant experience by remembering your preferences and repeat visits. By clicking “Accept All”, you consent to the use of ALL the cookies. However, you may visit "Cookie Settings" to provide a controlled consent.
Cookie SettingsAccept All
Manage consent