Interview with the Perishable Pundit Jim Prevor, founder of London Produce Show and editor-in-chief of Produce Business Magazine, at the show’s booth at Fruit Logistica in Berlin, February 2015 How […]
Thu 16/04/2015 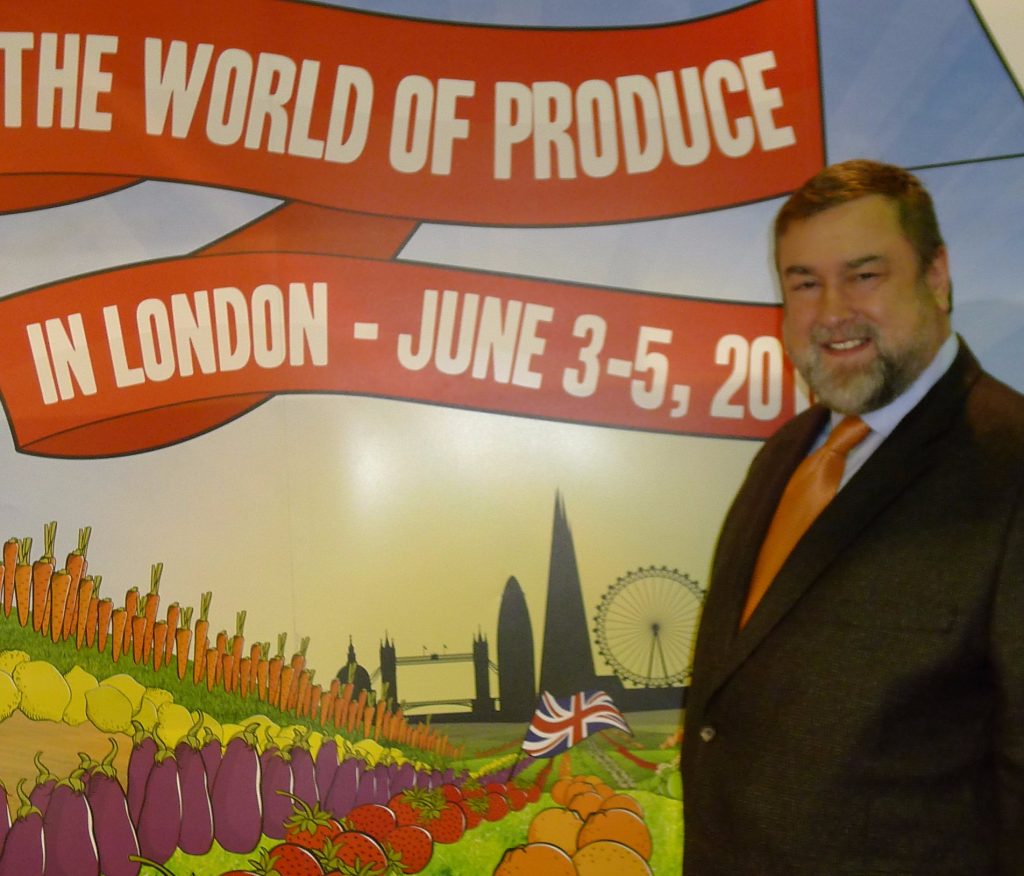 Interview with the Perishable Pundit Jim Prevor, founder of London Produce Show and editor-in-chief of Produce Business Magazine, at the show’s booth at Fruit Logistica in Berlin, February 2015

How has your experience been at Fruit Logistica?
This is our first time exhibiting at Fruit Logistica on behalf of London Produce Show and we intentionally chose to be part of the Great Britain booth because of our iconic city location in London and it’s really been wonderful. Many people who were at the London show last year stopped by to tell us how much they enjoyed the event and many who had never heard of it were learning about it and showing interest in attending or exhibiting or somehow being part of it.

How is it different to such events in the United States?
It’s such an interesting experience for an American. The booths here are filled with hospitality, it’s ‘have some food, have a drink, sit down’. That’s very different to the United States exhibiting culture which is more strictly business – ‘here’s our product, here’s our service’ – and there’s usually scarcely a bar to be found!

Have you picked up any ideas from Fruit Logistica?
I find that when Americans come to this show the first thing they do is they are really excited about all the produce because we don’t get fruit and vegetables from many of the countries that exhibit here so everyone gets very excited and then quickly learns most of that fruit and vegetable is not even enterable into the US for phytosanitary or political reasons and so quickly you shift and start looking particularly at the packaging and the branding.

What stands out in terms of the packaging at Fruit Logistica?
The packaging is increasingly consumer-oriented and there are many packages for smaller families or individuals, as opposed to larger packages, and that’s a trend that’s well in line with demographic trends so I find it intriguing.

How is that different to what’s happening in the US?
Most produce in the States is still sold in bulk, of farm stand style. There is produce packaging – bagged salads and increasingly they’ll have clamshells for grapes and things like that – but the vast majority of the department is still loose and fresh and there’s something beautiful about that. I think that farm stand culture is really very nice but there’s also a lot of practical reasons why packaging can be useful, can increase sales and so forth, so I pay careful attention to that.