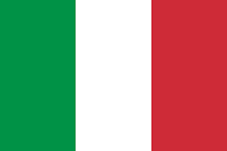 The weather has favoured Italy’s 2014/15 apple marketing season but not that of its table grapes and pears, according to new forecasts by the USDA.

The country’s apple crop is expected to increase by 11% but, after a record harvest last season, that of table grapes will drop a fifth, mainly due to adverse conditions during flowering and fruit set.

And heavy rainfall during the fruit setting and maturity phases makes a 2.6% drop likely in the country’s pear supply compared to last season, the USDA said in its report “Italy: Fresh Deciduous Fruit Annual 2014”.

The fruit size for the apple season is expected to be above average and quality high.

Last season, Italy’s apple exports to Russia (mostly Granny Smith and Golden) reached 26,318 tons but in light of the Russian ban since imposed, Italy’s apple sector could look to the growing markets of North Africa and Middle East, the USDA said.

Italy grows about a fifth of the EU-28’s apple production, with Trentino-South Tyrol – which delivers 70% of Italian apple production – alone supplying 15% of the European crop.

With about 34,241ha, mainly in the northeast, Italy is the EU-28’s largest pear producer but the total of its pear orchard area has been declining in the last decade “due to lack of profitable investment opportunities,” the USDA said.

Aside from the unfavorable weather during flowering and fruit set, cold temperatures in mid-July damaged several plantations “thus affecting the fruit quality which overall is forecast to be good,” the USDA said.

Italian table grape production – which ranks sixth globally in volume – is mainly in  Apulia and Sicily, with Italia, Victoria, and Red Globe the varieties accounting for two thirds of the table grape area.

“In the last few years, Italy has gradually moved to seedless grapes cultivation, due to an increasing demand from intra and extra EU markets. Sugraone and Crimson are the most popular seedless varieties followed by Thompson, Centennial, and Sublime,” the USDA said.

Category: Uncategorized
Tags: apples, grapes, Italy, pears
We use cookies on our website to give you the most relevant experience by remembering your preferences and repeat visits. By clicking “Accept All”, you consent to the use of ALL the cookies. However, you may visit "Cookie Settings" to provide a controlled consent.
Cookie SettingsAccept All
Manage consent