From Eastern Europe to Japan via Russia, the Middle East and the republics of Central Asia, all the news on how the geography of apple-growing is changing. The 2018 edition […]
Thu 13/09/2018 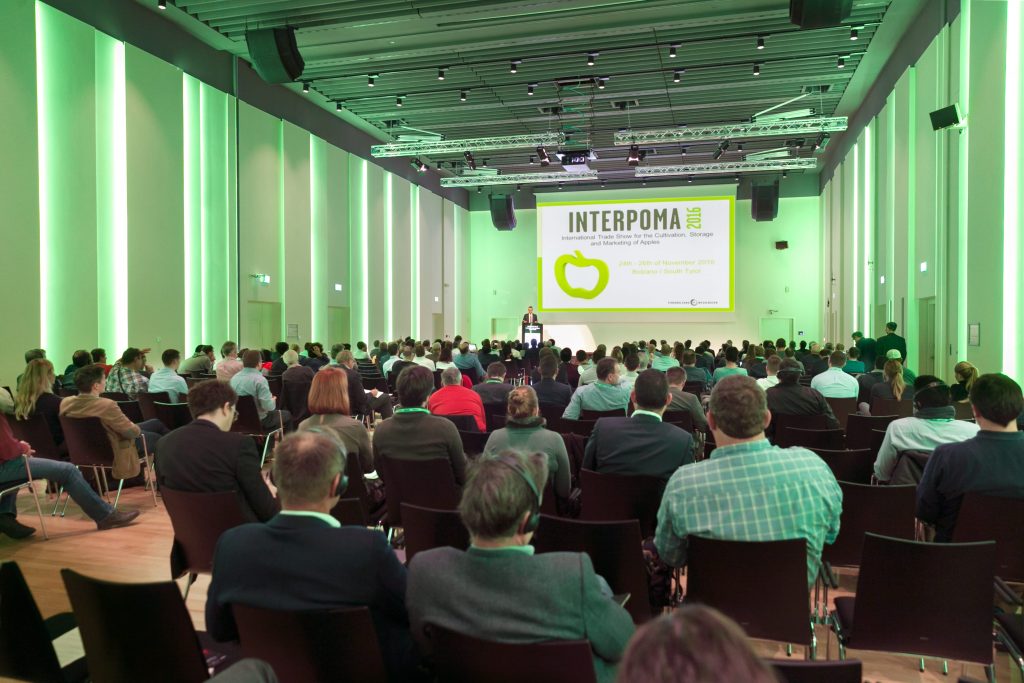 From Eastern Europe to Japan via Russia, the Middle East and the republics of Central Asia, all the news on how the geography of apple-growing is changing.

The 2018 edition of Interpoma, the biennial event organized by Fiera Bolzano exclusively for the apple production sector and scheduled for November 15 to 17 this year, promises to be bursting with new ideas and products. Among the events most eagerly awaited by the industry is “The Apple in the World” congress, which will offer as detailed and exhaustive as possible a panorama of what’s happening in the East, from Poland to Japan.

Kurt Werth, Congress organizer and coordinator, gives us a flavor now of some of the subjects up for discussion.

“The plan to look at what’s happening in apple production in the Near and Far East,” Werth explains, “comes from an idea hatched jointly with Jochen Kager, Europe & Middle East Director of AgroFresh, because there are situations and dynamics in this geographical area that are worth exploring in more detail. Poland, which this year is expected to produce a harvest of 4.5 million tonnes – another record and twice the size of Italy’s apple production – will be dealt with separately; the event will focus more on the emerging economies,” Werth continues. “For example, we will talk about Russia, where a large amount of investment in terms of both land and resources is taking place in the Caucasus region, for instance in the Krasnodar area and in Kabardino-Balkaria. Thousands of new plants have been set up there in the last five years, with trees imported from Holland and Italy. This is really interesting because it’s not just new in relation to the old Soviet-era type of fruit-growing, but something entirely new, with large corporations investing in fruit-growing.”

“After Russia,” Werth continues, “we’ll continue our journey eastwards to other central Asian countries. Although they do not have the land area available in Russia, they still have some interesting features and are developing rapidly. I’m thinking in this case of former Soviet republics like Uzbekistan, Kazakhstan, Kyrgyzstan and Tajikistan. We will also look at Turkey, which has an important tradition of growing apples but where new production facilities are being set up. Big changes are happening in all these countries, but from an agronomic point of view, not everything is going as well as it should: despite the presence of consultants and experts, there are many problems, sometimes because unsuitable land is chosen”.

Discussions will also cover Iran, one of the world’s largest apple producers: in terms of quantity it produces slightly more than Italy and Turkey, but its production techniques are outdated. A panorama will also be given of the Baltic republics and Eastern and Central European countries like Croatia, Slovenia, the Czech Republic and Slovakia, before moving on to the Far East.

“I have personally been to both Koreas,” says Werth, “and the situation in North and South is very different. In the South, the situation is similar to that of South Tyrol, with small family farms engaged in intensive production; in North Korea there is major investment exclusively by the State, often on unsuitable land.”

The journey eastwards through apple production then moves to Japan, where apple production is unlike anywhere else: the price is also ten times higher than in Europe, and an apple is never perfect enough. There is very high quality research taking place, in which the aesthetic element is fundamentally important, and production is very labor-intensive, which massively increases costs, though production is slightly less than that of South Tyrol: 800,000 tonnes compared to 1 million tonnes produced in South Tyrol.

“Staying in Asia, India is a case apart,” concludes Werth, “which we will look at in passing because it’s not particularly interesting from a production point of view, but should not be ignored for other important reasons. India has a population of around 1.5 billion, which is similar to the population of China, but it produces only 2 million tonnes of apples, or slightly more. This means that if every Indian were to consume 2 to 3 kg of apples per year, around 3 million tonnes would lack from the global market. South Tyrol is looking at this situation very closely and, through the organization of From, it has opened a channel with the Indian market. However, there are a number of unanswered questions because India is nevertheless a long way away, and needs large quantities and varieties with a long shelf life”.

There will be a special focus of the Congress dedicated solely to China, which is the world’s leading apple producer, producing 43 to 45 million tonnes per year (global production is around 83 to 85 million tonnes), with a talk by Professor Yuan Yongbing from Qingdao Agricultural University.

“The Apple in the World” will take place on November 15 and 16 at Fiera Bolzano, during the 11th edition of Interpoma.

Category: Uncategorized
Tag: Interpoma; 2018; Bolzano; The Apple in the World congress
We use cookies on our website to give you the most relevant experience by remembering your preferences and repeat visits. By clicking “Accept All”, you consent to the use of ALL the cookies. However, you may visit "Cookie Settings" to provide a controlled consent.
Cookie SettingsAccept All
Manage consent