Infia has created and developed a new side ventilation system called “F concept”. Good aeration of the tray allows for more rapid pre-cooling of produce and so slows down the […]
Thu 03/04/2014 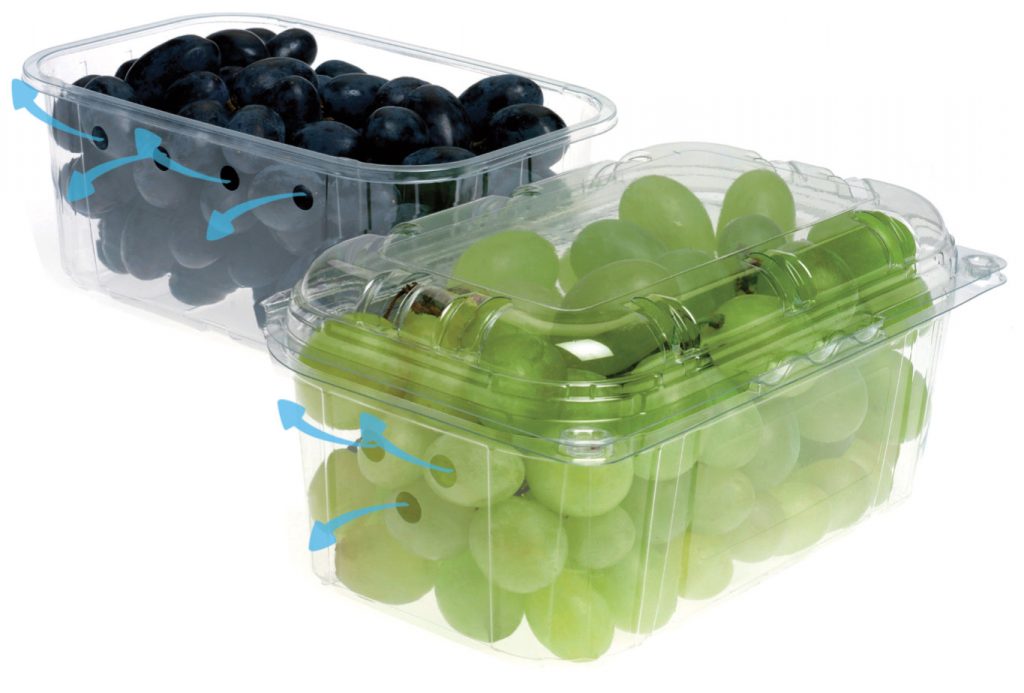 Infia has created and developed a new side ventilation system called “F concept”. Good aeration of the tray allows for more rapid pre-cooling of produce and so slows down the ripening process of the fruit, ensuring a longer shelf life. The holes on the side also let the ethylene vapours naturally produced by fermentation of the fruit escape.
Upholding its green innovation philosophy, Infia’s  F Concept, allows for a 25% reduction of carbon dioxide emissions into the atmosphere during the pre-cooling phase of fruits and vegetables. In addition, thanks to the new mono material handle free of metal rivets, all Infia punnets are now 100% recyclable. “We aim to develop solutions to improve shelf life by cutting the percentage of waste, which causes great financial losses to retailers and prevents sustainable development of our industrial sector. Our commitment in this direction”, says Alessandro Marinari, explaining some of the advantages for importers  and supermarkets: “Also, the elimination of water vapour condensation at the retailers, which means greater visibility of produce and delayed appearance of moulds and fungi. In case of heat sealing, it is sufficient to use standard film instead of macro/micro perforated film, with considerable cost savings. And there is an important reduction in ethylene emissions, when present, which means a longer shelf life for the produce.” With a 65-year track record,  Infia today is one of the leading fruit and vegetable plastic packaging producers in Italy and 70 other countries worldwide. The company, located in Cesena and Valencia,  was one of the first companies to invest in new materials such as PET. MV

Category: Uncategorized
Tag: Technology
We use cookies on our website to give you the most relevant experience by remembering your preferences and repeat visits. By clicking “Accept All”, you consent to the use of ALL the cookies. However, you may visit "Cookie Settings" to provide a controlled consent.
Cookie SettingsAccept All
Manage consent