Interview with Peter Verbaas, assistant manager of the Dutch Fresh Produce Centre: Is the confidence of the Dutch fruit and vegetable sector improving? From the recently published Agro Confidence Index, it is clear […]
Sun 18/10/2015 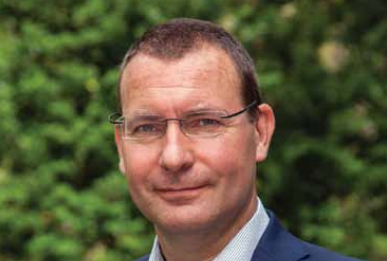 Is the confidence of the Dutch fruit and vegetable sector improving?

From the recently published Agro Confidence Index, it is clear that the Dutch horticultural sector is regaining its confidence. This index – the result of cooperation between the Ministry of Economic Affairs, LTO Nederland (the Dutch agriculture and horticulture federation) and Wageningen University – has risen during the past half year, although not to the level of a year ago. One of the sectors that reportedly has more confidence in the current situation and the longer term is horticulture. At the Fresh Produce Centre, the organisation representing the Dutch fruit and vegetable industry, we too can point to a lot going on in our sector in the wake of the McKinsey report, which states that the sector is under pressure. Many developments are indeed taking place, and there is a lot of discussion about what is the right way forward for the industry.

What is the primary focus in the Dutch industry?

One of the areas of activity is the opening up of markets far from home. As Verbaas says: “The sector has always been looking for new markets and has been involved in projects to open up new markets”. This involves complex discussions between governments in which the Fresh Produce Centre facilitates information. These projects can take as long as seven years, as was the case with opening up the Chinese market for Dutch pears. The Russian boycott has partly been the reason that the authorities are making an extra effort in the development of new market possibilities. Projects that have resulted in opening new markets include Dutch onions to Indonesia and Panama and pears to China and Brazil.

What new market opportunities do you foresee in the near future?

Currently the Fresh Produce Centre is involved in more projects to open up new market possibilities: peppers for China, apples and pears for Colombia, India, Vietnam, South Africa and the USA, onions for Costa Rica and pears for Mexico. “Due to the extra government energy being directed towards opening new markets, the list of current projects is much longer now than it used to be in the past,” says Verbaas. For the near future, some new projects are planned with an explicit focus on tomatoes. However, despite all the effort and the obvious results – a 7.1% increase in export volume during the last three years and the opening of multiple markets for different products – Verbaas observes that current market conditions are not easy. “Harder work is needed to achieve the same results.”

How are you aiming to lift the consumption level?

The Fresh Produce Centre is active in many areas. Nutrition and health is one of them, with a clear focus on developing strategies for market expansion and increased sales. Verbaas explains: “Based on the fact that fruit and vegetable consumption in Europe has been decreasing for years and is linked to the health issues we observe in society, we want to convince consumers of the health aspects of fresh fruit and vegetables and therefore encourage more consumption.” The Fresh Produce Centre has calculated that if the inhabitants of North Western Europe were to consume the recommended 200 grams of vegetables and 2 pieces of fruit daily, then the Netherlands alone would need to produce an extra 3.4 billion kg vegetables and 2.8 billion kg of fruit with an additional commercial value of €7.2 billion. A huge market potential indeed! Verbaas remarked: “We do not focus on product-oriented strategies, but aim to lift the total consumption level.” After the summer a roadshow will start targeting the members of the Fresh Produce Centre and the trade. The goal is to provide communication tools that can be used by the individual companies. “We will start and test the concept in the Netherlands and plan to roll the campaign out to Germany and the rest of Europe. The total volume in the Netherlands is insufficient to create enough impact.”

What are your latest initiatives in food security and sustainability?

Other activities to which the Fresh Produce Centre contributes include the discussion on microbiology and sustainability. In the wake of some international food safety issues in the past, the Fresh Produce Centre signals more awareness of the potential harm to reputation that can occur with food safety emergencies, and therefore an increased focus on microbiology. “The knowledge level has increased by giant leaps. We now have a better knowledge of the risks and this knowledge is valued internationally. The information stresses that hygiene still remains the most important factor,” says Verbaas. Sustainability in all its diversity remains an important topic for the Dutch horticultural sector. Although it can be difficult to decide which measure would be the best alternative for introducing an aspect of sustainability into business operations,  Verbaas observes that this area is brimming with activity and initiatives. “Programme owners like GlobalG.A.P. are investigating the possibilities and we are stimulating companies: we have the sustainable trade programme (IDH), an initiative that started offering tools for sustainability some years ago and is still being joined by an increasing number of companies.”

Category: Uncategorized
Tags: Dutch Fresh Produce Centre, interview of the month, Peter Verbaas, The Netherlands
We use cookies on our website to give you the most relevant experience by remembering your preferences and repeat visits. By clicking “Accept All”, you consent to the use of ALL the cookies. However, you may visit "Cookie Settings" to provide a controlled consent.
Cookie SettingsAccept All
Manage consent