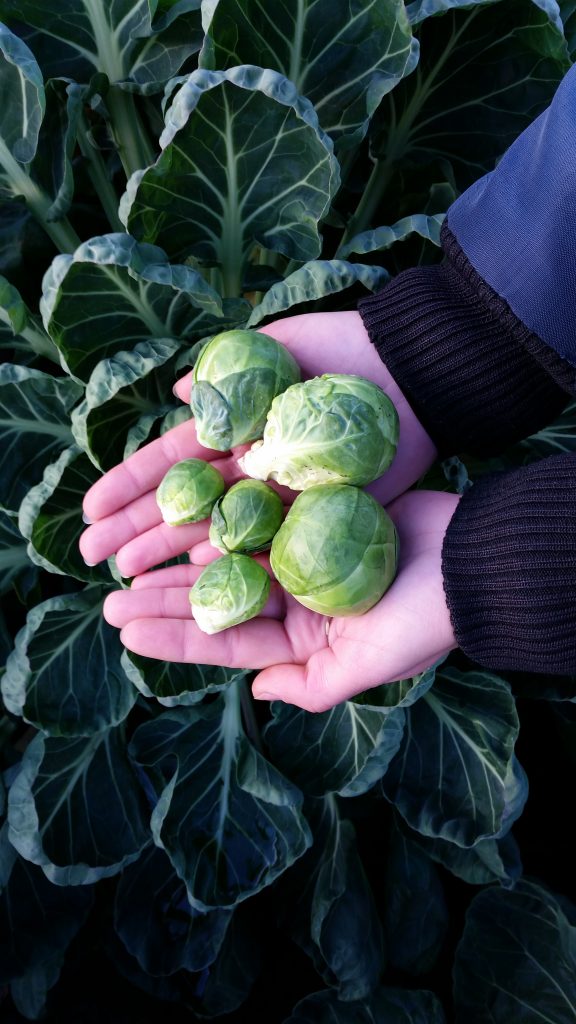 Brussels sprouts are a traditional part of the Christmas dinner in the UK and Tesco says this year’s will be much bigger than usual thanks to an unseasonably warm autumn in Britain.

And not only that, the larger size means they’ll be easier to peel, without losing their sweet flavour, and customers will need fewer of them on their Christmas dinner plates, according to Tesco sprout expert Rob Hooper.

“With temperatures reaching up to 10 degrees higher than usual at this time of year it has led to sprouts growing about a third larger than average,” the supermarket chain said in a press release.

Its sprouts have been grown by one of the UK’s largest suppliers of brassica, TH Clements, based in Benington, near Boston in Lincolnshire.

Clements say that the cooler weather forecast for next week is welcome as it will slow the growth and help some of the leaves drop from the stalks which makes harvesting easier.

It’s estimated as much as 80% of total British sprout sales take place in the two week Christmas and New Year period.

This year British sprout growers are set to produce 70,000 tons of sprouts – the equivalent of 50 million sprouts or 10 million individual portions or the weight of 600 London buses.

Category: Uncategorized
Tags: Brussels sprouts, Tesco
We use cookies on our website to give you the most relevant experience by remembering your preferences and repeat visits. By clicking “Accept All”, you consent to the use of ALL the cookies. However, you may visit "Cookie Settings" to provide a controlled consent.
Cookie SettingsAccept All
Manage consent