The GLOBALG.A.P. Board has announced the introduction of the update to Version 5 of its Integrated Farm Assurance Standard for Crops and Aquaculture. The update follows a four year routine […]
Tue 21/07/2015 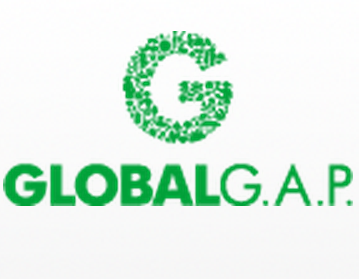 The GLOBALG.A.P. Board has announced the introduction of the update to Version 5 of its Integrated Farm Assurance Standard for Crops and Aquaculture. The update follows a four year routine cycle of continuous improvement, and with respect to stakeholder involvement and impact, the current revision has been the most comprehensive amendment to date. It will have a direct and significant effect on all 150,000 producers around the world certified in accordance with GLOBALG.A.P.

The new version is applicable immediately as early update choice in parallel to the current Version 4 and will be mandatory for all new and recertification audits by 1st July 2016. The biggest revision in the history of GLOBALG.A.P. now incorporates the latest research as well as government requirements including compliance with proposed rules by the U.S. Food and Drug Administration as well as EU Food Safety Law. This once again underlines the fact that, although GLOBALG.A.P. is a private standard, it strives to incorporate applicable public and/or governmental guidelines and responds to new trends and threats in the Fruit & Vegetables, Feedstock and Aquaculture industries. In particular the update also addresses the issue of microbial risks.

GLOBALG.A.P. board member Hugh Mowat, from Wm Morrison Supermarkets Plc, said food safety has always been a key platform of the GLOBALG.A.P. Standard but ongoing food safety scares resulting from microbial contamination have seen it now take a proactive approach to strengthen existing controls. “These changes are science-based and will support growers by providing a safe framework within which to grow food, as well as protecting them in the event of an incident,” he said.

Guy Callebaut, vice-chairman of the Board VBT/BelOrta, grower, and GLOBALG.A.P. chairman, said major risks and trends in addition to food safety, such as the sustainable use of water, have been addressed. “With this comprehensive revision and our global spread we have strengthened our position as a global reference standard for good agricultural practices. We are also continuing to work against the trend of double standards and to contribute to the harmonization of standards in order to create incentives for farmers around the world to undertake safe and sustainable production,” Callebaut said.

About 2,000 comments came in from all continents during two public consultation periods. These were reviewed by technical committees in extensive, time-consuming consultation to assess applicability and implementability.

Ignacio Antequera, technical key accounts, GLOBALG.A.P.said the major effort of Revision V5 would not have been possible without tremendous time commitment of all our committee members. For the last 4 years they invested a total of more than 2,600 expert hours. More than 110 organizations were represented in more than 70 days of meetings and webinars. I sincerely wish to thank all the stakeholders for their time and effort they have put in to make this revision a success.”

Read more about Version 5 and download the IFA Standard Documents for V5 here.

Category: Uncategorized
Tags: certification, food safety, GLOBALG.A.P., quality control
We use cookies on our website to give you the most relevant experience by remembering your preferences and repeat visits. By clicking “Accept All”, you consent to the use of ALL the cookies. However, you may visit "Cookie Settings" to provide a controlled consent.
Cookie SettingsAccept All
Manage consent