The organisation received 26 applications from 16 countries, 4 applications from the Phillipines alone. They were all sharing their wonderful success stories. The GLOBALG.A.P. organization had the great pleasure to […]
Tue 04/10/2016 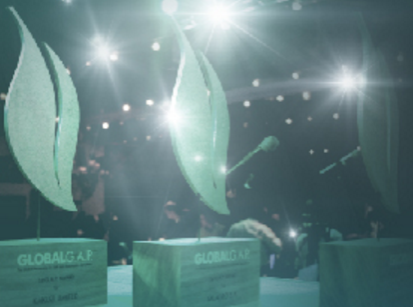 The GLOBALG.A.P. organization had the great pleasure to announce the 4 winners of the 2016 G.A.P. awards during the Summit 2016 in Amsterdam. This year’s G.A.P. Awards focus on the following three categories: Talent for agriculture, women and youth; water management and Integration of Smallholders.

They were assessed according to the following criteria: Traceability, use of It and transparency usage; push for partnerships and co-operations (public, private, etc.); innovative practices and technologies; economic aspects and created value; passion and powerful story.

For more information on the winners and all applicants: http://www.globalgap.org/uk_en/media-events/G.A.P.-Awards/g.a.p.-awards-2016/G.A.P.-Awards-2016-The-Applicants/

This article was originally published on page 41 of edition 145 (Sep-Oct 2016) of Eurofresh Distribution magazine. Read that issue online here.

Category: Uncategorized
Tags: 2016 G.A.P. awards, GLOBALG.A.P., prizes
We use cookies on our website to give you the most relevant experience by remembering your preferences and repeat visits. By clicking “Accept All”, you consent to the use of ALL the cookies. However, you may visit "Cookie Settings" to provide a controlled consent.
Cookie SettingsAccept All
Manage consent